Home / Province of Pistoia / Pescia: the city of flowers and paper 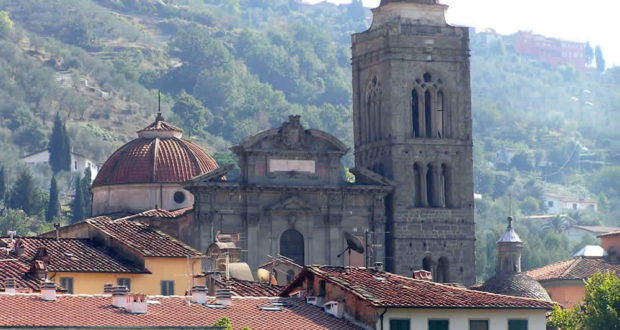 The baroque cathedral of Pescia, high in the background the village of Uzzano. Author and Copyright Marco Ramerini

Pescia has medieval origins, in fact it became a free municipality towards the end of the XII century, it was then subject to Lucca which, due to a rebellion, in 1281, destroyed it. In 1339 it became part of the Florentine possessions, in 1699 it was declared a city and then starting from 1726 it became a bishopric.

In the thirteenth century the city acquired a characteristic urban arrangement, the division into “quinti” (4 on the right side of the river and 1 on the left), which favored the formation of two distinct urban poles, the civil center (where is the Palazzo Comunale) and the religious center (where is the Duomo), which is still preserved today. To the east is the urban nucleus which originated from the Pieve di S. Maria, today the Duomo. To the west are the square and the municipal buildings.

The Ponte del Duomo connects these two poles, the “religious and the civil”. Pescia, for its urban layout and for its history rich in events, has been considered the capital of Valdinievole since time immemorial. Today the city of Pescia is known for its flower and nursery gardening production and as a marketing center for the flowers of central and northern Italy.

WHAT TO SEE IN PESCIA

The visit to Pescia can start from the Porta Fiorentina, built in honor of Gian Gastone de Medici in 1732. Not far away is the Cathedral built in 1693 in Baroque style. Further on is the interesting church of San Francesco (where there are also parking lots to park your car), a beautiful monumental church built since 1298.

Inside there is an important pictorial work: “San Francesco and the stories of his life”, the painting by Lucchese Bonaventura Berlinghieri, which represents San Francesco and six episodes of his life. It was painted in 1235, just 9 years after the death of the saint. Also inside the church is the Orlandini-Cardini chapel in Brunelleschi forms with some valuable frescoes (Neri di Bicci). In front of the church of San Francesco is the theater named after Giovanni Pacini which dates back to 1717.

After crossing the river you enter the “civil” Pescia, as opposed to the “religious” Pescia that we have visited so far. Even in this part of the city, however, there is no shortage of churches, in fact the first noteworthy building is the Church of Santi Stefano e Niccolao (XIV-XVIII century), inside there are beautiful tables in the choir, and the central canvas of the apse, attributed to Ettore Bazzicaluva.

Leaving the church we can visit the Palagio or Palazzo del Podestà (XIII century), which is one of the most significant architectural monuments in the city. Finally we arrive in Piazza Mazzini, the center of civil life in Pescia, here are some interesting buildings such as the Palazzo dei Vicari (XIII-XIV century) with the Palazzo Comunale (XIII century) next to it, inside, of great importance is the Council Room (Sala del Consiglio). of the Council. At the bottom of the square is the Church of the Madonna di Pié di Piazza, built in 1447 in the Renaissance style, the interior is instead baroque with a beautiful wooden ceiling.

Pescia is one of the most important centers in the Val di Nievole. To reach it from both Florence and Lucca it is better to use the Chiesina Uzzanese exit of the Firenze-Mare motorway (A 11), from here to Pescia it is only 8 km.

2020-03-12
Marco Ramerini
Previous: Punta Ala: renowned seaside resort on the coast
Next: Pistoia: a city with a valuable medieval center 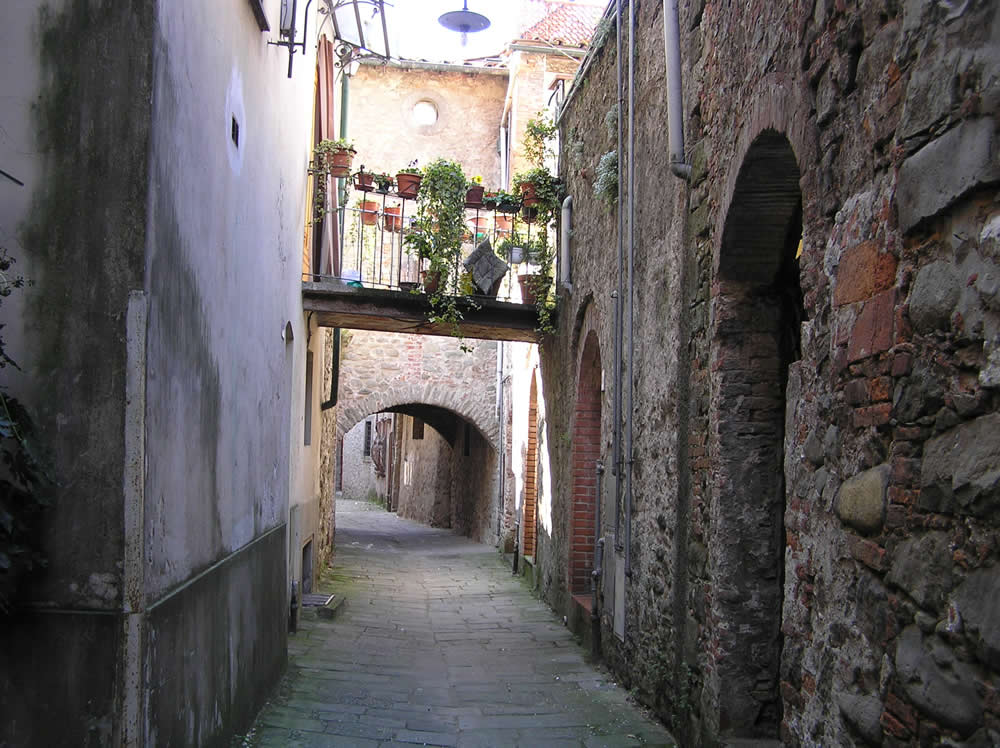 This post is also available in: ItalianoBorgo a Mozzano is a town of just over ...