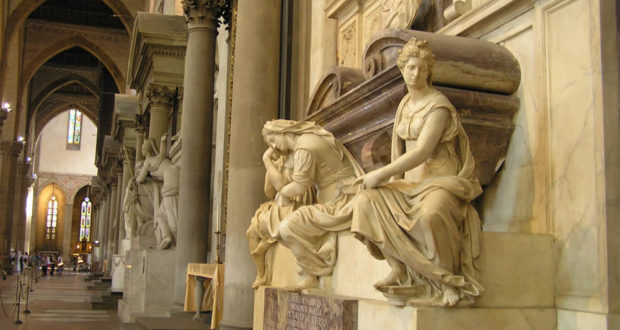 Michelangelo Buonarroti’s Tomb is the work of Vasari (1570). The tomb is located at the beginning of the right nave of the church of Santa Croce, as soon as you cross the main door of the Basilica.

Above the tomb there are three sculptures that represent the personifications of Painting, Sculpture and Architecture. These figures appear saddened by the disappearance of the great master. But the whole of the tomb is a mixture of painting, sculpture and architecture.

THE BODY TRANSPORTED HIDDEN IN FLORENCE 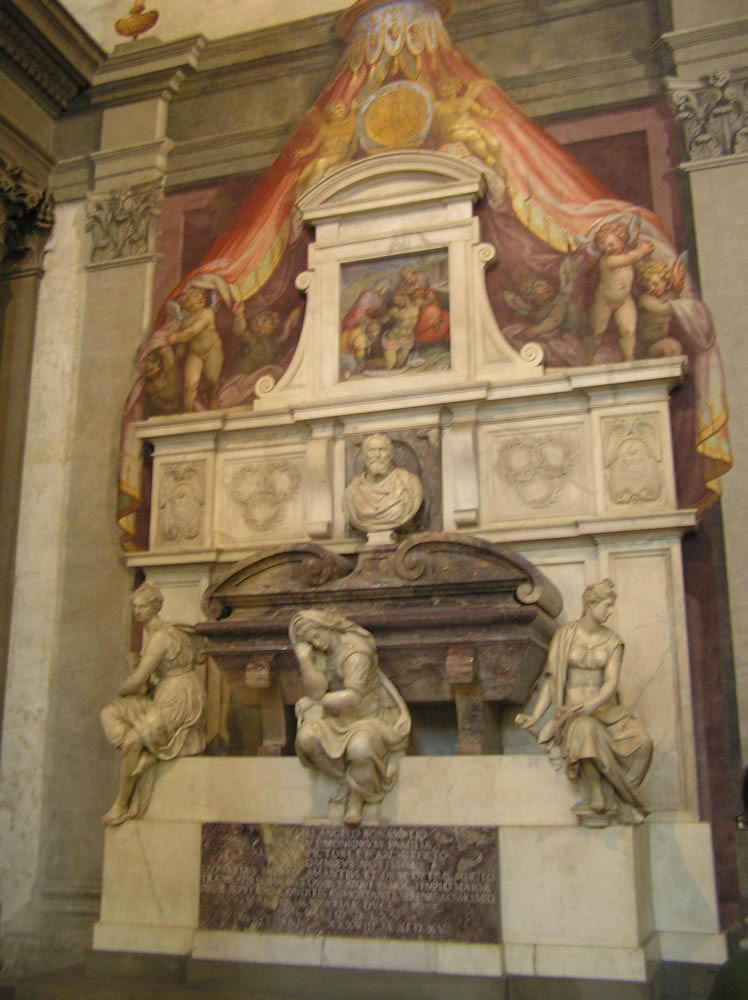 Lionardo, the grandson, organizes the transport of the body to Florence. But fearing that this can be impeded, he hides Michelangelo’s body in a roll of cloths and loads it on a cart with other merchandise. The body of the artist will arrive in Florence 3 weeks later, on 10 March 1564.

The body is deposited in the company of the Assumption (Assunta), behind San Pier Maggiore and two days later it is transported to the Basilica of Santa Croce, at night, by the artists of the Academy, in the midst of an immense crowd, by the light of the torches.

On July 14, 1564, after numerous postponements, Michelangelo’s funeral took place in the church of San Lorenzo. After the ceremony, the body of the great artist was finally placed in his tomb inside the famous Basilica of Santa Croce in Florence, a place where he still rests.