Home / Cities / Florence: the jewel of the Italian Renaissance 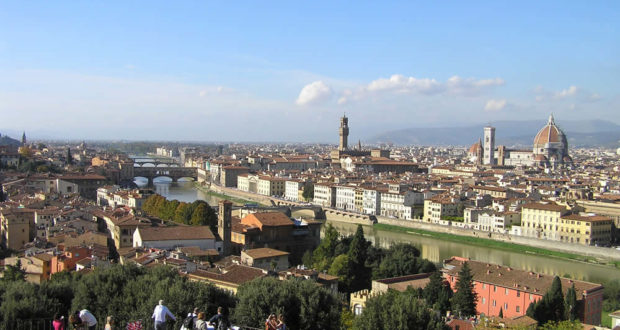 Florence: the jewel of the Italian Renaissance

Florence, the jewel of the Italian Renaissance, is one of the most important art cities in the world. Considered the cradle of the Renaissance world, it is recognized worldwide among the top cities for art and architecture, with its numerous historic buildings, monuments, and rich museums. Including, to name just a few, the Uffizi Gallery, the Accademia Gallery, the Bargello National Museum, the Palatine Gallery, the Argenti Museum, the San Marco National Museum, etc.

The artistic and cultural heritage of Florence is among the largest in the world. The city is renowned, from an artistic point of view, as one of the most beautiful and important cities on the planet. Florence is located at the foot of the Tuscan-Emilian Apennines, in a valley surrounded by beautiful hills and open to the west on a vast plain crossed by the Arno river.

Florence was the capital of the Kingdom of Italy from 1865 to 1871. The city was built on the site of an Etruscan and later Roman settlement. Florence, a symbol of the Renaissance, rose to dominate culturally and economically in the fifteenth and sixteenth centuries, under the rule of the Medici. Its 600 years of extraordinary artistic activity can be admired especially in the Cathedral of Santa Maria del Fiore (XIII century)), in the Basilica of Santa Croce, in the Uffizi, in the Palazzo Vecchio and in the Palazzo Pitti, and in the works of the great masters such as Giotto, Brunelleschi, Botticelli, Leonardo and Michelangelo. 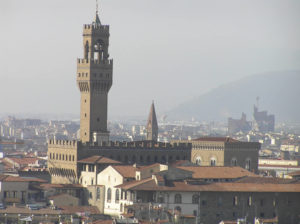 The entire historic center of the city has been part of the UNESCO World Heritage List since 1982. In the UNESCO justification for the inclusion of Florence in the list of world heritage sites of humanity it is written: “the greatest concentration in the world of universally recognized masterpieces of art is found here”. UNESCO Advisory Body Evaluation, 1982.

Anotole France wrote in 1894: “The God who made the hills of Florence was an artist […]. He was a goldsmith and engraver of medals, sculptor, bronze founder and painter, he was a Florentine.” Anatole France (François-Anatole Thibault) “Lys Rouge” 1894.

Today Florence, whose municipal area has 379,000 inhabitants and the Metropolitan Area over one million inhabitants (data 2019) is the capital of the homonymous province and of the region of Tuscany. The city is an important commercial, industrial and tourist center. Florence’s economy is based on tourism, on industries. The city is an excellence above all in textile and clothing, metalworking, optical, chemical, pharmaceutical, glass and ceramic production. A very flourishing sector is craftsmanship. Examples are above all the working of the laces, the goldsmith’s, the working of the straw. Florence is at the foot of the Tuscan-Emilian Apennines, in a valley surrounded by beautiful hills and open to the west on a vast plain crossed by the Arno river. 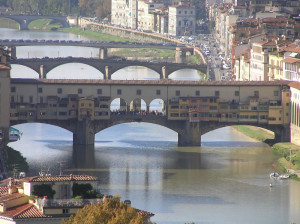 2014-12-12
Marco Ramerini
Previous: Brunelleschi’s Dome: the Dome of Florence
Next: How to get to Florence by train 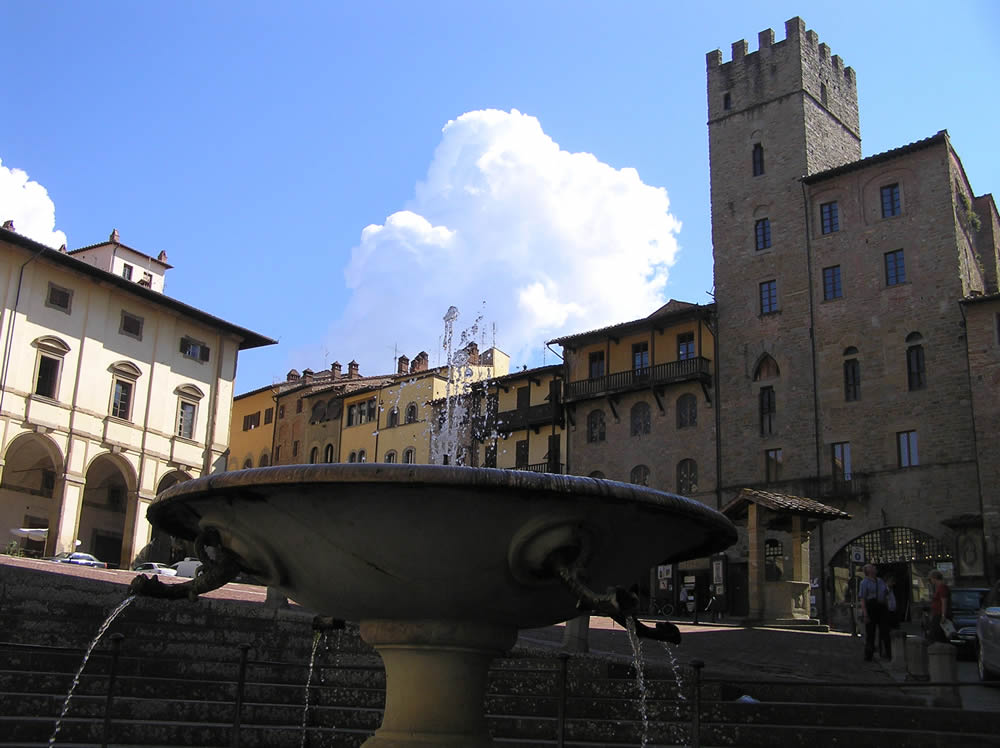 This post is also available in: Français Español ItalianoPiazza Grande, the most beautiful public square ...