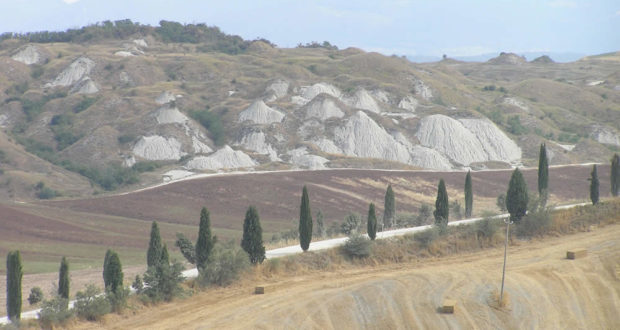 The Crete Senesi lies southeast of Siena, they extends from the immediate environs of the city along the valleys of the rivers Arbia, Ombrone and Asso, in the municipalities of Asciano, Buonconvento, Monteroni d’Arbia, Rapolano Terme and San Giovanni d’Asso. Crete senesi literally “Siennese clays”, are formed by clay soil, formed during the Pliocene (between 5.2 to 1.8 million years ago), when the area was covered by sea, the soil composition, made up of tiny fragments of small shells and other sea organisms, consistis by the sediments of clays and sands of this sea basin.

To reach the area from Siena follow the highway No. 326 (Siena-Bettolle), exit at Taverne d’Arbia, then take the road No. 438 in the direction of Asciano. After a few kilometers, is materialized an unforgettable landscape, the evocative landscape of Crete. Since the Middle Ages, the area of Crete Senesi was known as Desert of Accona, it’s still difficult the culture of grapevines and olive groves, there is only intensely cultivated sunflowers and wheat.

A LANDSCAPE REPRODUCED BY MANY ARTISTS OF THE MIDDLE AGES 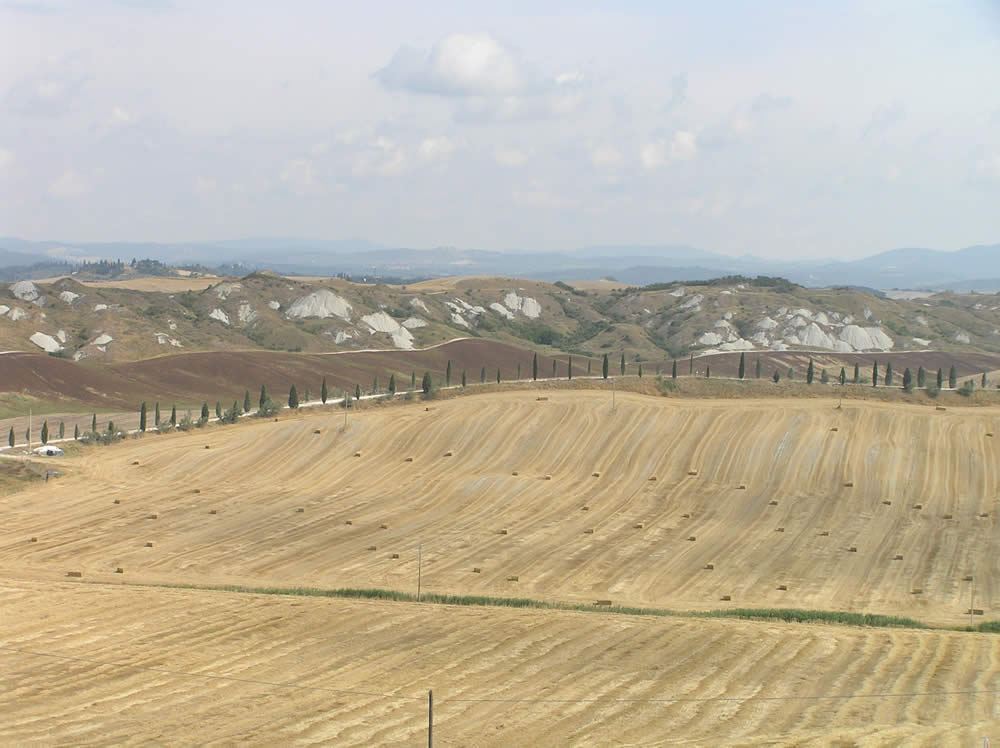 The Crete Senesi represent one of the most interesting and characteristic landscape of Tuscany, the area is formed by a charming hilly landscape made up of reliefs eroded over the centuries by meteor phenomena, bare of vegetation, where alternate “calanchi” (furrows products of water erosion in the clay) and “biancane” (outcrop sediments of the Pliocene (clay), bare of vegetation, white of colour), that sometimes seem to form a lunar landscape. Other peculiarity of the landscape are cypress and pine trees planted along the streets and around the farms to protect agains the wind.

The landscape of Crete Senesi varies with the season, in fact any time of year has a hint of color, which is enhanced by the bareness of the landscape, a nature made of very unusual colors such as gray of the clay and the yellow of sulfate, the green of the fields of wheat in spring, that change in yellow during the summer. 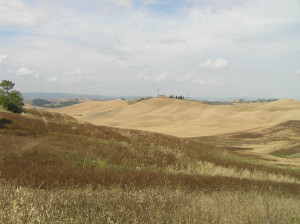 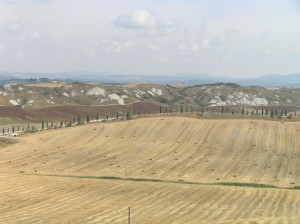 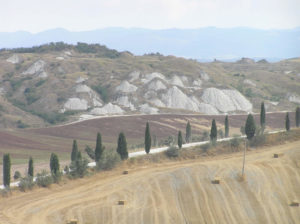 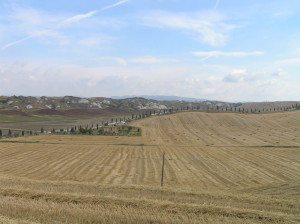 2014-12-13
Marco Ramerini
Previous: Balze of Valdarno: the landscape of the Mona Lisa
Next: Pienza: an ideal Renaissance city in Val d’Orcia 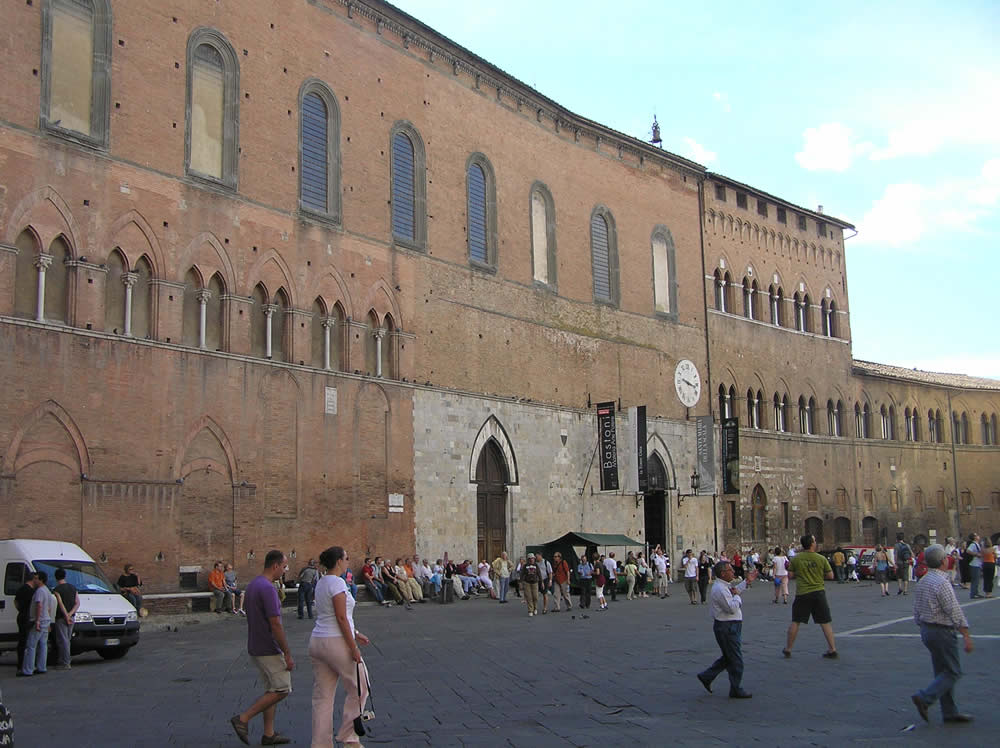