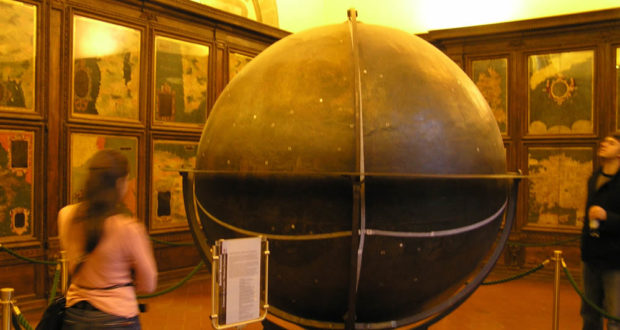 At the end of the museum itinerary is the Hall of Geographical Maps (Sala delle Carte Geografiche) or Stanza del Guardaroba. In this room was originally the Medici Wardrobe of Grand Duke Cosimo I. That is, the seat of the institution that preserved, inventoried and moved all the assets of the State and the Sovereign.

The room has a beautiful wooden ceiling by Dionigi Nigetti. While the walls are occupied by wardrobe decorated with 53 oil-painted maps. These maps were painted – between 1563 and 1589 – on the doors of the wardrobes, by the Dominican friar Egnazio Danti and Stefano Buonsignori. 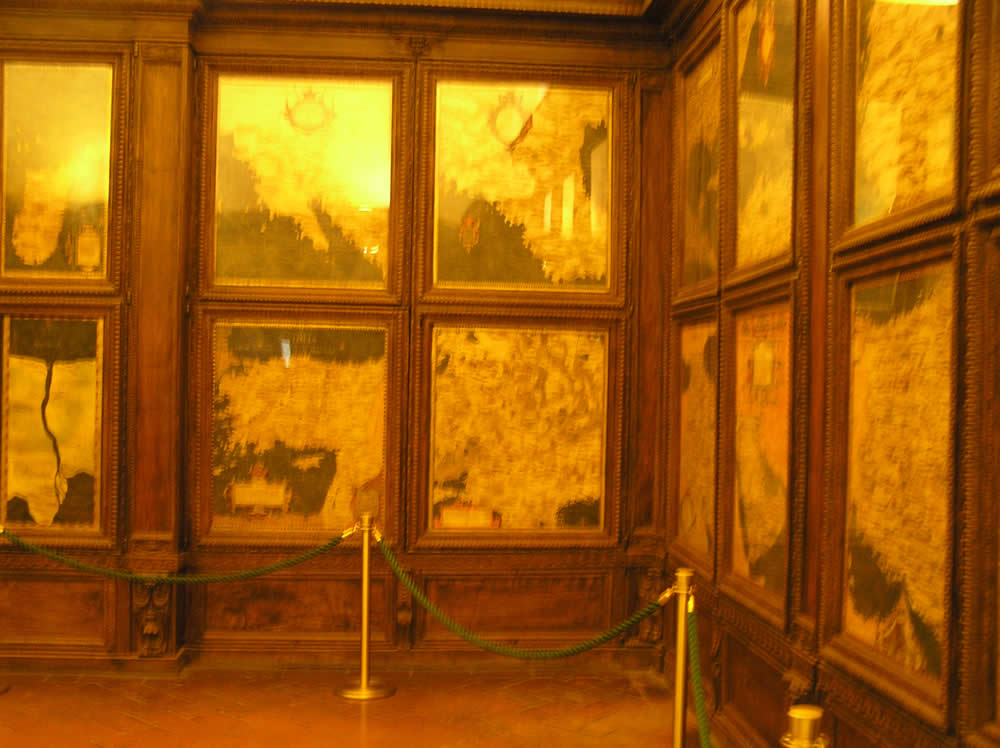 In the center of the room is the large “map mundi” globe ruined by excessive restoration. A curious peculiarity of the wardrobes is that some hide secret passages from other rooms. Such secret passages are normally not accessible to anyone visiting Palazzo Vecchio. For example, behind the map of Armenia there is a secret passage that leads to the Camerino of the Duchess Bianca Cappello, second wife of Francesco I de’ Medici. For this Duchess, at the end of the sixteenth century, a small study was in fact created linked to her passion for collecting.

Curious characteristic of the room is the presence of a small window, protect from a grate, from which the duchessa could observe, not seen, the Salone dei Cinquecento.