Home / Cities / Pistoia: a city with a valuable medieval center 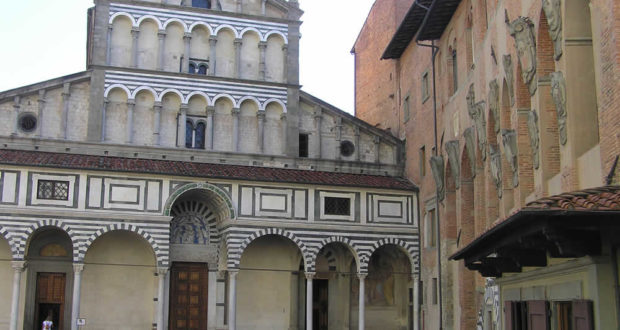 The facade of the Cathedral of Pistoia. Author and Copyright Marco Ramerini

Pistoia is a city of over ninety thousand inhabitants located in a flat area (67 meters above sea level) in the center of a vast plain crossed by the Ombrone river. The city is located between the Apennines and Monte Albano. Among the activities taking place around the city, the most famous is that of nursery gardening.

The history of Pistoia dates back to the Roman period, when at the beginning of the second century AD Pistoia was probably a fortified center (oppidum) which served as a base for legions. Its name Pistoria, Pistoriae or Pistorium could indicate this role because Pistoria in Latin denotes the oven used to make bread. With the continuation of Cassia to Lucca, Pistoia consolidated its importance in the area.

In the fifth century the city became a bishopric and was subsequently sacked by the Goths of Radagaiso (405 AD). Later it was ruled by the Lombards, the Franks and the Ottolingians, the new millennium brought important changes in the political institutions of the city, starting in 1105 the city was ruled by the consuls, the oldest form of democratic judiciary. In 1177 the city had its first statute, one of the first in Italy.

It developed from the early Middle Ages when it became a Lombard seat and was surrounded by walls. In the twelfth century the city became a free municipality and was surrounded by a second city wall. During the eleventh and twelfth centuries, the city stood out for its strong economic growth; as a consequence of this the city came to control a large territory that went beyond the limits of what is today the province of Pistoia.

The thirteenth century was a critical period for the history of the city which came to be between the two emerging powers of Florence and Lucca. In 1401 Pistoia lost its independence and became part of the possessions of the powerful and nearby city of Florence. In the 14th century a third city wall with four gates was built, the city prospered under the control of Florence, and numerous churches and palaces were built there.

Then, in the following centuries the city prospered, and a prosperous period also passed under the rule of the Lorraine. The modernization of the trans-Apennine roads, with the construction of the road to Modena, brought Pistoia back to the key role it had played in the past as a commercial hub with the north. In 1860 the citizens of Pistoia voted for union with the Kingdom of Italy. During the fascist regime Pistoia was promoted to the provincial capital.

WHAT TO SEE IN PISTOIA

Pistoia is still today almost completely surrounded by its medieval walls. Within the walls there are numerous places of tourist attraction. To see especially the beautiful Piazza del Duomo, which overlooks the Cathedral, the Baptistery, the Palazzo dei Vescovi, the Palazzo del Comune and the Palazzo Pretorio.

The Ancient Palace of Bishops was built towards the end of the 11th century, originally it had the appearance of a fortress, with a tower on one corner.

The first construction of the Palazzo del Comune was made in the late 13th century. The palace was enlarged in the first half of the following century when the portico on the facade was added. Towards the middle of the 14th century the palace took its present form. In the early part of the 17th century, the bridge connecting the palace to the cathedral was built.

Pistoia Weekly Market: Wednesday and Saturday Weekly market, in Piazza del Duomo and Santo Spirito, every Wednesday and every Saturday from 8.00 to 13.30.

2020-03-13
Marco Ramerini
Previous: Pescia: the city of flowers and paper
Next: Scarperia: knives and Mugello Circuit 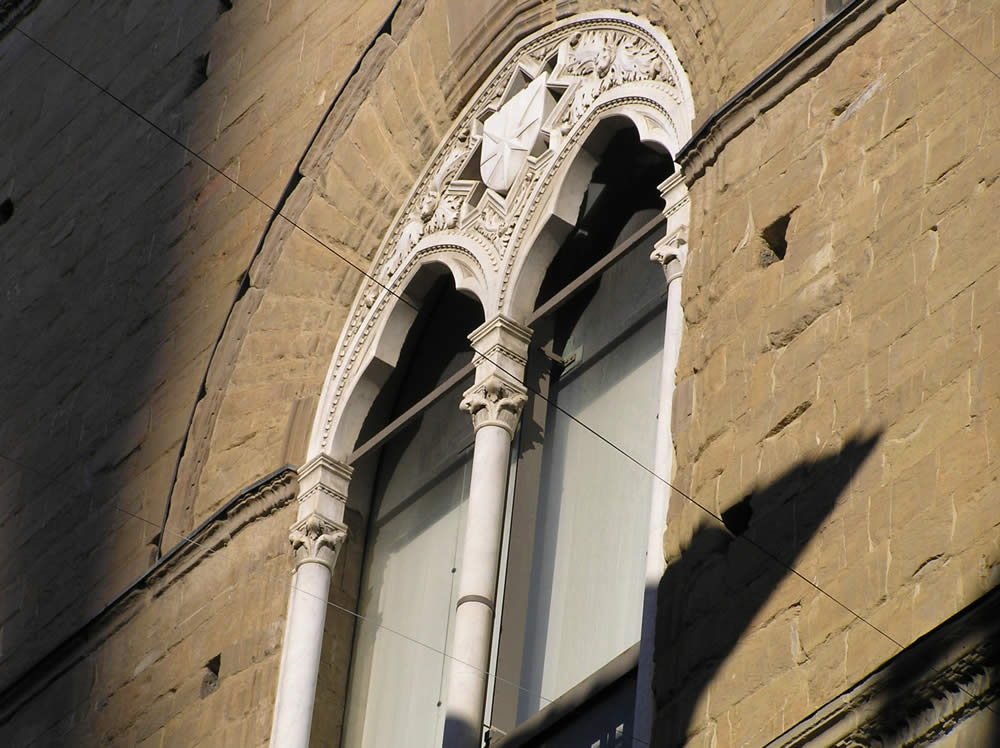 This post is also available in: ItalianoOriginally, in the area where it is today Orsanmichele ...