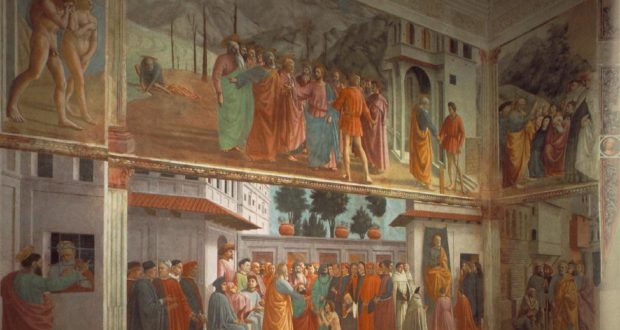 The Church of Santa Maria del Carmine was begun in 1268, and unfortunately damaged by fire in 1771. The interior has a nave, and was re-decorated in the eighteenth century after the fire. Fortunately the fire spared the absolute masterpiece of the church which requires anyone visiting Florence a visit to this church: the beautiful Brancacci Chapel, a masterpiece of Renaissance painting, frescoed by Masolino da Panicale, Masaccio and Filippino Lippi.

The church has a Latin cross and has a single nave with five chapels on each side, in one of the chapels is also a painting by Giorgio Vasari. Behind the choir is the funerary monument in marble to Piero Soderini, executed by Benedetto da Rovezzano. The interior of the church, as mentioned, has eighteenth-century appearance, the ceiling is painted with eighteenth-century frescoes of the Florentine Giuseppe Romei, while the dome has frescoes by Luca Giordano made in 1682.

Brancacci Chapel is located right in the transept, while on the left, at the head of the transept is the Cappella Corsini, where are an altar and the tomb of Cardinal Neri Corsini, performed by Giovan Battista Foggini. The Chapel Corsini, with a square plant, presents works in relief on bronze and marble by Giovan Battista Foggini performed in the second half of the seventeenth century. 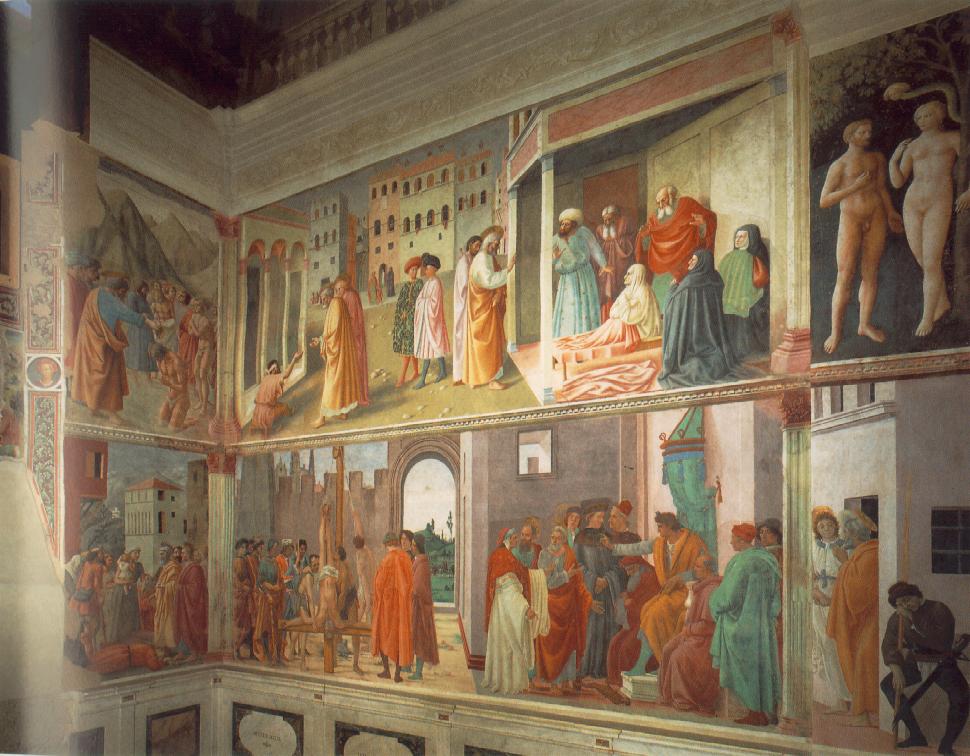 In the Church of Santa Maria del Carmine in Florence is the fourteenth century Brancacci Chapel, whose frescoes represent one of the highest examples of painting of all time. The chapel is in the right transept and is the masterpiece of Masaccio.

The frescoes reveal all the greatness of Masaccio in the rigor and perspective of the scenes and also in the power of volume of the figures. Based on these frescoes were formed all the Florentine artists of the fifteenth century.

The chapel was painted, immediately after 1423 by Masaccio and Masolino with frescoes depicting episodes from the life of St. Peter. The proceedings were later finished by Filippino Lippi in 1485.

The cycle of frescoes is composed of twelve scenes representing the Original Sin (The Expulsion from the Garden of Eden) and the stories of the life of St. Peter in which explains the history of salvation realized by the Church through Peter.

The work was finished, after the death of Masaccio in 1480, by Filippino Lippi. Masaccio used in these frescoes, the use of perspective, an innovative technique for its time, his technique was studied by Leonardo and Michelangelo. Famous among all the dramatic Expulsion from Paradise, and the episode of the Payment of the tax, which proves the greatness of Masaccio in the perspective rigor of the scenes and the volumetric power of the figures. 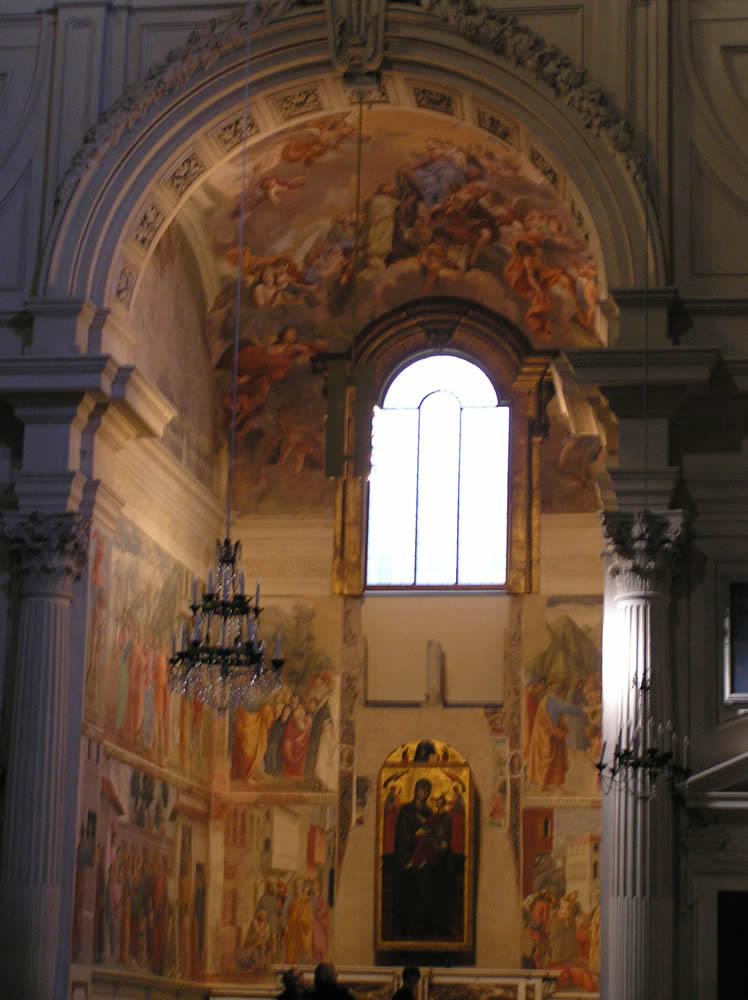 Upper Right Wall. Baptism of the Neophytes (Masaccio). Healing of the Cripple and Raising of Tabitha (Masolino and Masaccio). The Temptation of Adam and Eve (Masolino).

2014-12-13
Marco Ramerini
Previous: Basilica of Santa Croce: the most beautiful Gothic church in Italy
Next: Gorgona Island: an island in the Tuscan archipelago