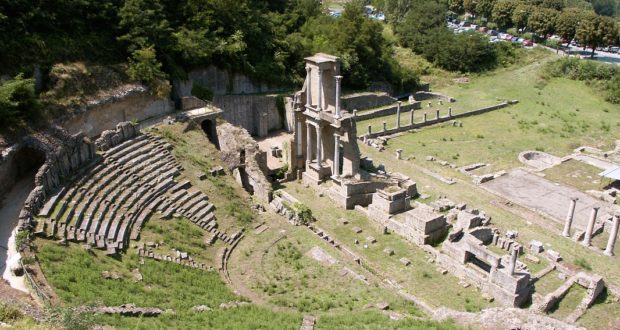 Volterra is one of the most important and ancient towns of Tuscany, with a glorious past in Etruscan, Roman and medieval eras. A treasure of immeasurable size dwells between the walls and the cobbled streets of this village. An infinity of legends, views, mysteries and treasures, guarded with pride and passion, never trumpeting from the rooftops, in contrast to the close and highly popular San Gimignano.

Let’s start with the Porta dell’Arco, one of the most famous in the world, one of two Etruscan arches in a better state of conservation of Italy. The other one you can find in Perugia. An important testimony of Etruscan architecture. Its origins, despite the many changes of the Roman and later medieval times, is dated around the fourth century BC.

Impossible to enumerate the stories that this gate of blocks of tufa has seen and heard. The stones in Volterra could tell a multitude of stories. But you do not need to over stretch the ear to listen to a recent development, dating back to World War II. Volterra was under strict Nazi domination, but with the imminent arrival from the south of the Allies, the German military had decided to abandon Volterra.

The withdrawal plan was to blow up the Porta dell’Arco, but as was the case also for the Ponte Vecchio, so immeasurable historical and cultural symbol not left indifferent Nazi militias. The people of Volterra, became aware of this decision, tried to confront the soldiers who, on their part, not opposed firm resistance, to arrive at a makeshift contented all: the gate was walled by inhabitants of Volterra, thus leaving intact, but not usable. 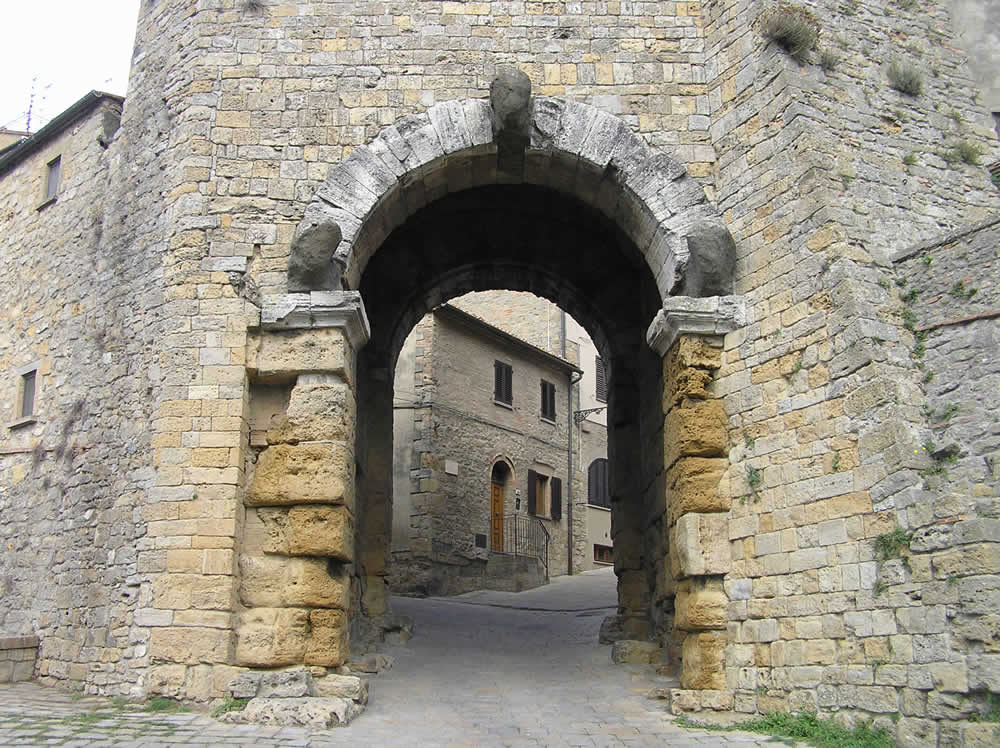 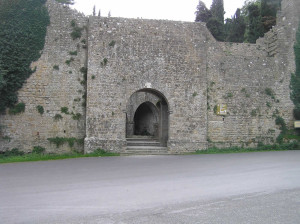 First and non-trivial information for tourists, in front of the Porta di Docciola there is a free parking, just at the foot of the historic center. “At the foot” because the gate is connected to the main monuments with a staircase of 251 steps. Built in 1933 on what must have been previously a descent interrupted only occasionally by some steps. Porta di Docciola was created together with the walls of the thirteenth century. When the concern was to incorporate in the areas to be defended the city even this important water source.

In fact this source of water was exploited already in Etruscan times, as claim many finds of votive statuettes with bearers of amphorae dating back to this era. However it was only in the Middle Ages, when Volterra became a city-state, which it was decided to protect it with guarding militia. Since at this point was a real entry point to the city. An outer mouth was built so that the source was also accessible when the gate was closed and within two pointed arches were built to hold up the roof of the washhouse. The water that gushed from here went to rejoin the river Era. This after the work led by the podestà. Going to create a dense network of mills and a water routes on which was also present some “tiratoi“, where wool was put to dry after being washed. 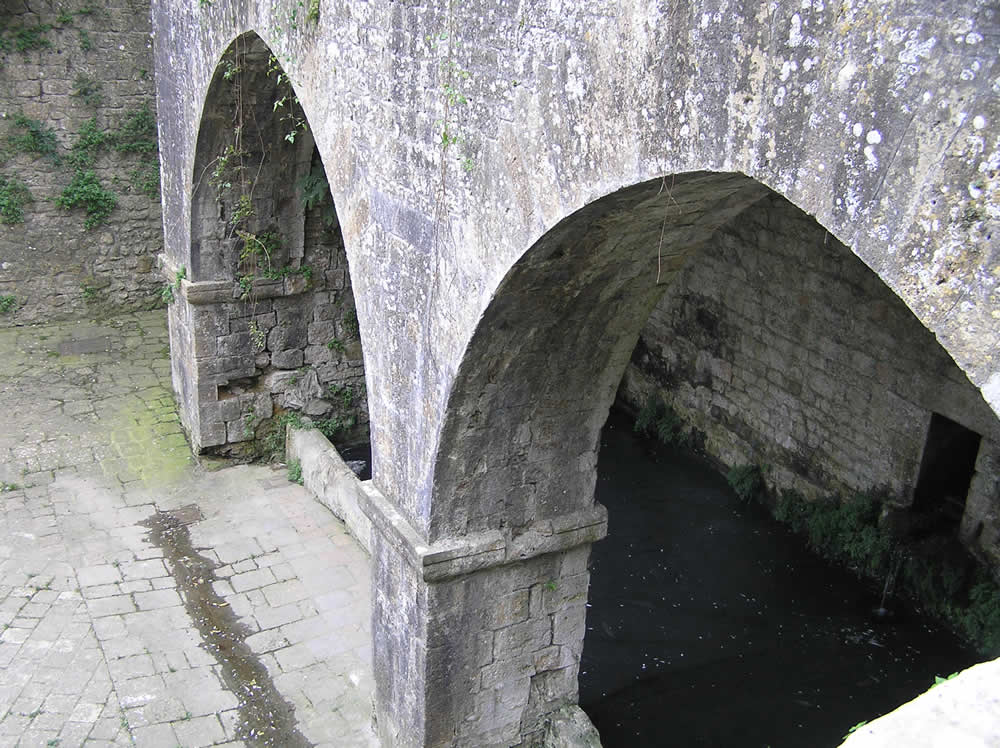 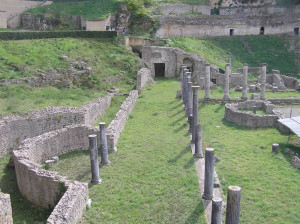 THE THEATRE AND THE ROMAN AMPHITHEATRE

The consolidated historical praxis wanted Volterra was an important Etruscan crossroads, but that did not cover the same importance in Roman times. Enrico Fiumi was the first to refute these theories. Initially treasurer of the Psychiatric Hospital with an unrivaled passion for archeology. Some theories claimed that just outside the city, arose in antiquity an Roman theater, these were at that time completely abandoned ideas that led to the on-site construction of a football field.

As Enrico Fiumi was part of the academic world (especially as a historian of medieval economics) took shape in him the consciousness that the initial theories could be correct. It was time to bring back the glorious Roman past of Volterra. After years of struggles, Enrico Fiumi, became director of the Guarnacci Museum, received permission to conduct excavations at the side of the soccer field, sharing the experience with some hospitalized of the Psychiatric Hospital. The finds (fragments of columns and a young head of Augustus) confirmed the accuracy of those theories. But it took him ten years to get permission to dig in the football field and bring to light, finally, the theater that today we can admire.

To give again reason to Enrico Fiumi is the discovery of 2015. He discovered the remains of a large size amphitheater for “games” and fights of gladiators. “It would be as if during the Roman era it was built in Volterra the Stadio Artemio Franchi of Florence” said Piero Puneti, director of the magazine Archeologia Viva. “Volterra would be (if the findings will confirm this) important as Pisa and Florence in Roman times“.

2016-06-08
Marco Ramerini
Previous: The climate of Pisa: when to go to Pisa
Next: Buying a house in Tuscany: moving to Tuscany 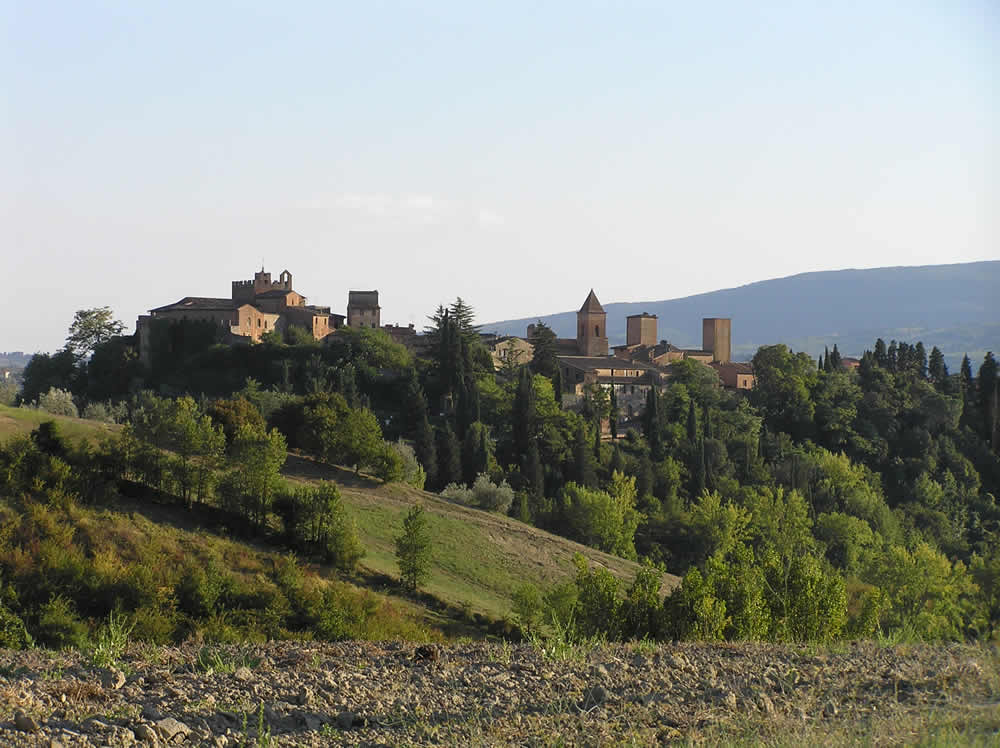 This post is also available in: Français ItalianoCertaldo is divided into an upper part, medieval, ...