Home / Hills / Balze of Valdarno: the landscape of the Mona Lisa 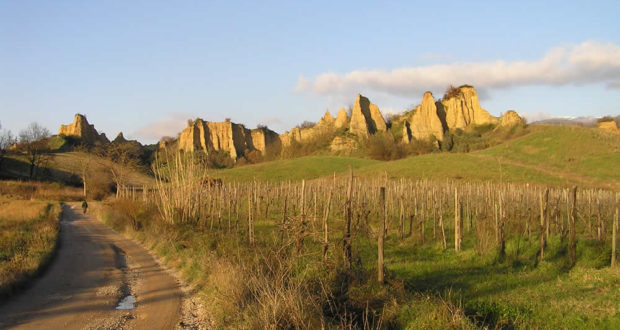 A few km from the Autosole A1 Valdarno exit, between Florence and Arezzo it is possible to admire an interesting erosive phenomenon known by the name of Balze. The Balze are one of the most beautiful and fascinating landscape aspects of the Valdarno.

These strange natural formations can be seen in the municipalities of Terranova Bracciolini, Loro Ciuffenna, Castelfranco di Sopra, Pian di Scò, Laterina, in the province of Arezzo and Reggello, in the province of Florence. Since 1998, an area of Balze of about 3,000 hectares, in the municipalities of Castelfranco di Sopra, Loro Ciuffenna, Pian di Scò and Terranuova Bracciolini, has been declared a Protected Natural Area of Local Interest.

The Balze were formed, as happened in Bryce Canyon in Utah, from the sediments deposited by a lake in the Pliocene and Pleistocene, about 20 km long, which occupied the current Valdarno. Over the millennia, when the lake retreated, its sediments were subjected to continuous erosion by the atmospheric agents that shaped it to the point of taking on the fascinating forms known as “Balze”.

The Balze, with their pinnacles and rocky spiers represent a characteristic, but little known, landscape of the Valdarno, which deserves to be seen, even Leonardo Da Vinci was fascinated by it and depicted it in some of his paintings, as for example in the background landscape to the Mona Lisa.

HOW TO GET TO THE BALZE OF VALDARNO

The area of Balze is located between Florence and Arezzo. A few km from the exit Valdarno on the Highway A1. The most convenient train station is in Montevarchi. The nearest airport is in Florence.

There are several routes that you can travel to visit the Balze. Particularly fascinating is the zone of the Balze dell’Acqua Zolfina that is reached from the highway exit Valdarno and follow the signs for San Giovanni Valdarno first. Then after a roundabout, continue to Castelfranco di Sopra. After about four kilometers and near a furniture factory, turn on the right for a small dirt road. After about five hundred meters you can park your car and continue on foot. 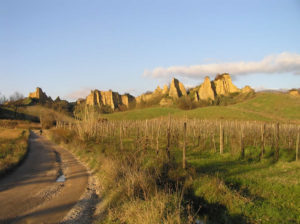 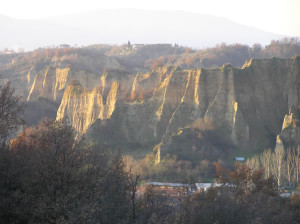 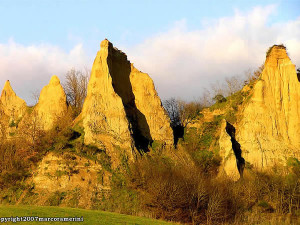 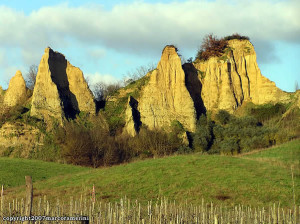 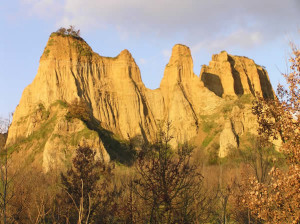 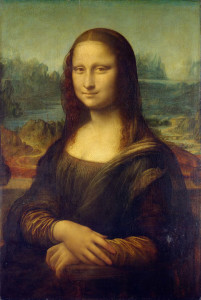 The Mona Lisa, Leonardo da Vinci. In the background Leonardo Da Vinci painted the typical landscape of the Balze of Valdarno 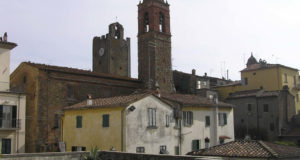 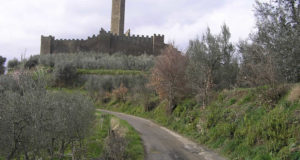 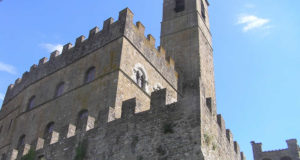 Poppi: an imposing castle and a beautiful medieval village

Bibbiena: the most important center of the Casentino

This post is also available in: Deutsch Español ItalianoBibbiena is an important center of the ...