The small village of Tignano, located on a hill facing the medieval village of Barberino Val d’Elsa, is a small castle dating back to the Middle Ages. According to some studies it seems that its existence has been established since the year one thousand. Of its ancient structures, the circular medieval plan is recognizable. Inside the small village you enter through a gate dominated by the ancient tower of the keep. A heraldic coat of arms is displayed on the gate.

Once inside the village we find the old church of San Romolo, now a civilian home. A small square characterizes the interior of the village, in the center of the square there is a well, and on it overlook the keep, the church of San Romolo and the Palazzo dei Begliuomini dating back to the fourteenth century, these buildings represent the most suggestive architectural part of Tignano. The external walls of the houses of the inhabited center reflect the trend of the ancient walls of the XII century.

Outside the small medieval village, about 600 meters in the direction of Tavarnelle Val di Pesa, is the current parish church of “San Romolo a Tignano”, a religious building probably built in the 13th century. 2km in the same direction is the imposing Castello del Nero, a 12th century country residence, formerly a farmhouse and farm, and today a luxury resort in the Tuscan countryside.

Many archaeological remains have been discovered in the territory of Tignano, in this area around the year 1000 there was a small village. Later, in the twelfth century, the Alberti Counts built a castle here in order to create a defensive line between Florence and Siena, the two main antagonists of Tuscany at the time. During the thirteenth century Tignano became, like all the villages in the area, a possession of the Republic of Florence.

ACCOMMODATIONS, FARMHOUSES, B & Bs AND HOTELS 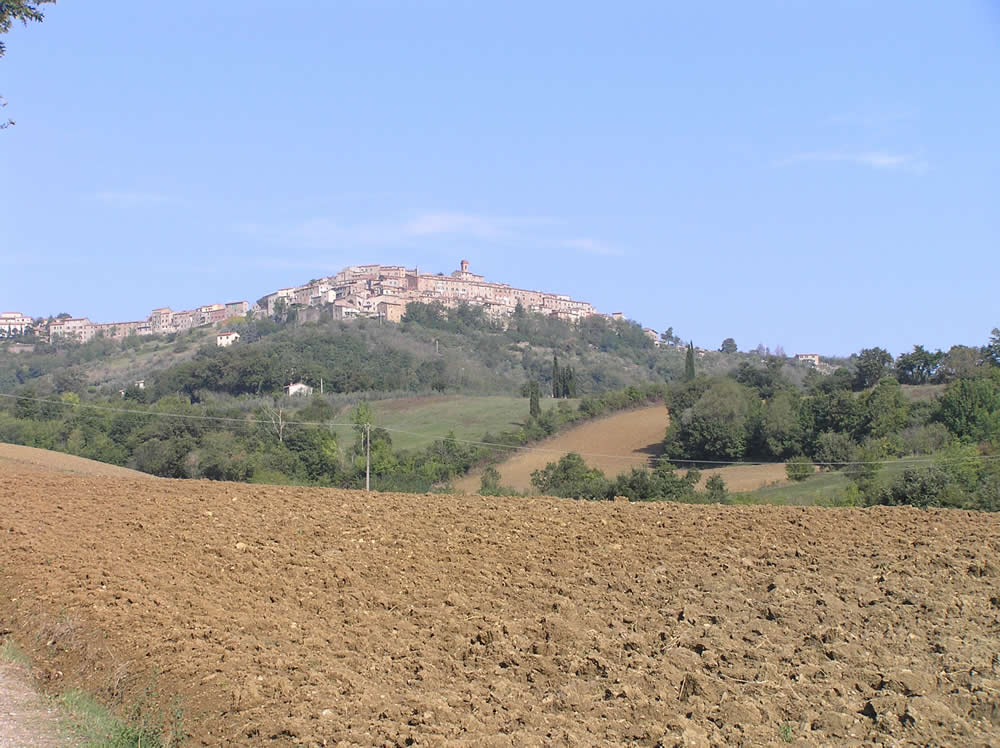 This post is also available in: Español ItalianoChiusdino (almost 2,000 inhabitants) is located in the ...