Home / Farmhouses, Bed and Breakfasts and Hotels / Buying a house in Tuscany: moving to Tuscany 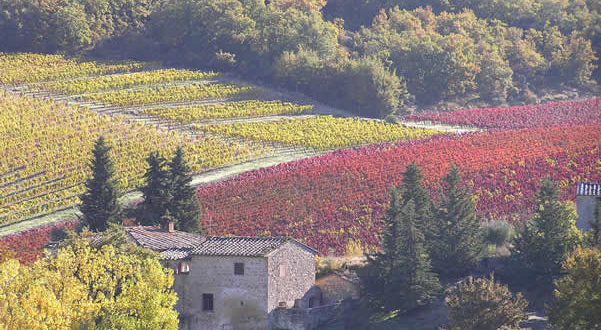 Buying a house in Tuscany: moving to Tuscany

Posted by: Marco Ramerini in Farmhouses, Bed and Breakfasts and Hotels 219 Views

The answer is very simple. Because the first value that we should put in front of everything is not economic in nature and is represented by the quality of life itself. Tuscany today still represents an essential destination for those who seek tranquility, the thoughtlessness, the flavors, traditions and customs and the customs of a bygone age. Maybe not a “gentle mother“, like Oriana Fallaci said, but an enchanting place where you can make a change in life, a little as in the movie “Under the Tuscan Sun“.

An economic investment in Tuscany is certainly an investment in your quality of life. Far away from smog, stress, traffic, live frenetic and restless. We do not want to paint this region as a place of idleness, but certainly of Latin Otium. Where everyone can find their own freedom to invest by following their passion.

THE COLONIC HOUSES IN TUSCANY 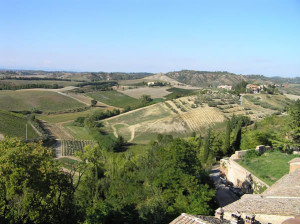 It’s true that the Tuscans are not exactly a lovable people. The Tuscans are the people, as defined by Curzio Malaparte, who “never greets first” and that entertaining “regular contact with hell“. A little grumpy and shady. But at the same time jovial, accustomed to the joke (thousand jokes), curious and ingenious by nature.

Go to live in Tuscany means laying the foundations of their daily lives in a small village (or close to it). Which is still suffering the medieval patriotism, in which many people will want to know you only because you’ll be “new“. With all the good and bad that implies. It is approaching a new dimension, where disappearing the great city, along with the dream places, culture and tradition, also appear human relations, understood in a very different way than elsewhere. Buying a house in Tuscany.

But you’ll want to think and speak even of money. Obviously, the economic side has its own strong relevance in an important decision such as that of the house. And behold, also in this respect Tuscany is certainly an area where to invest your savings. As reported by the sales agencies, in fact, prices in Tuscany have been a strong swing since 2008, with signs of recovery in the last two years. This means that today you can still find properties at a cheap price with a good chance to see the market value of their property rise in the coming years. For the same reason it is very difficult for a property in Tuscany bought today may suffer negative changes in value.

LIVING IS GOOD IN TUSCANY

More generally the same Paola Ricciardi Managing Director of REAG Real Estate Advisory Group argued in an article in 2014. “The current situation is rather favorable to those who intend to buy a house because of the abundant supply available and the deflationary pressure on prices Trade“.

If it is true that buying a house in Florence is very expensive (the third most expensive city in Italy) is the countryside so dreamed by tourists to offer the best quality / price ratios. Volterra, for example, offers a wide range of villas, townhouses, detached houses, cottages and apartments with a range of highly variable price where it is not difficult to see a house in his own image and likeness.

Changing lives in Tuscany, in short, is possible. An example? Buy a large enough house and realize a Bed and Breakfast, something that some customers of Francesco Creatini, real estate consultant and owner of Volterracasa.it, have done with satisfaction and success. Just take a peek to the last houses sold (“hits”) to see what treasures you can open in this magical land, the opportunities that we can grasp. Tuscany is always a popular destination. “Hills of Tuscany with their famous estates, villas, villages which are almost cities, in the most moving countryside that exists” (Fernand Braudel).

2016-06-08
Marco Ramerini
Previous: Three curiosities about Volterra
Next: Medici Villas: the villas of the lords of Florence