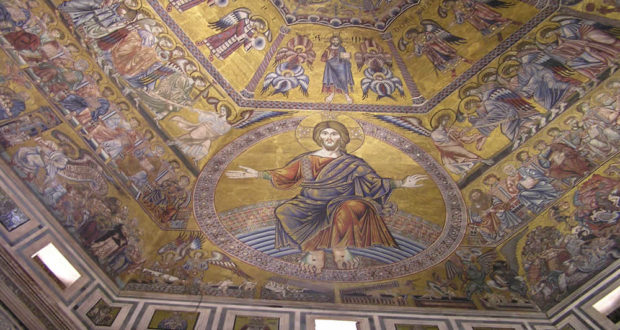 The oldest monument in the Piazza del Duomo, is situated right in front of the facade of Florence Cathedral and is the Baptistery of Saint John. A first building was built already in the fifth or sixth century, this served as a baptistery and should already be octagonal as the present one.

In the mid-eleventh century, the baptistery was reconstructed and enriched with marble, some of which come from old buildings. In the twelfth and thirteenth centuries was added the dome and the apse rectangular.

This structure has an octagonal shape, completely covered with slabs of white and green marble from Prato. The Baptistery is covered by an eight-segment dome resting on the perimeter walls and by a flattened pyramid roof.

Between the fourteenth and sixteenth centuries were performed three beautiful bronze doors and the groups in marble and bronze that dominate them, and that illustrate Bible stories. The oldest door was built in 1330 is by Andrea Pisano, is on the southern gate, which depicts the life of St. John the Baptist. The north door by Lorenzo Ghiberti was built between 1402 and 1425 depicting scenes from the life of Jesus Christ. 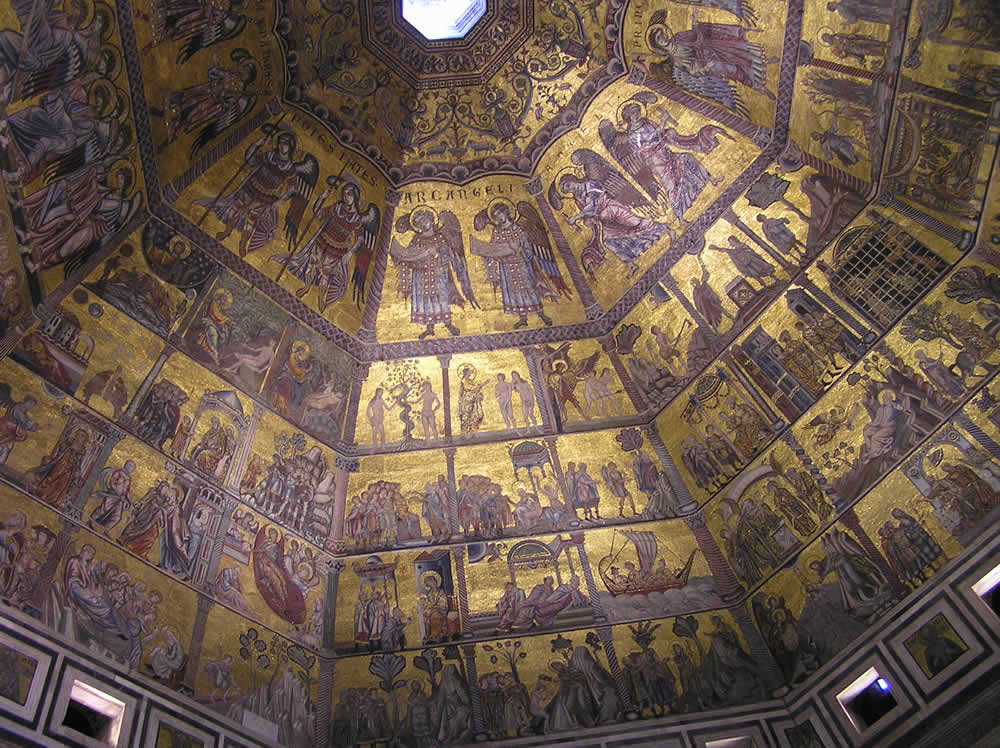 Angelic choirs of the mosaics of the Dome of the Baptistery of San Giovanni, Florence, Italy. Author and Copyright Marco Ramerini. 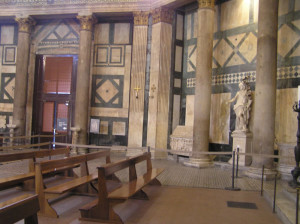 The interior of the Baptistery of San Giovanni, Florence. Author and Copyright Marco Ramerini.

But the most beautiful door is undoubtedly the east door, in front of the facade of the Duomo, it was made by Lorenzo Ghiberti between 1425 and 1450 with scenes from the Old Testament and was called by Michelangelo “Porta del Paradiso” (Gate of Paradise), the panels today are copies, the originals are on display in the Museum of the Opera del Duomo.

THE INTERIOR OF THE BAPTISTERY OF FLORENCE

The interior of the Baptistery is a mixture of styles of the great cultures of medieval Europe, the dome and its decor recall dramatically the Pantheon in Rome, while the floor in part with zodiacal motifs reminiscent of Islamic art, on the walls there are also art forms that can be traced back to art in Germany.

Wonderful are the thirteenth-century mosaics which shows clearly the influence of Byzantine, looking up you will be attracted by the beautiful figure of Christ dominating part of the mosaics representing The Last Judgment.

The other parts of the mosaic narrate the stories of St. John the Baptist, Joseph, Christ and the Genesis, at the top of the dome are depicted the angelic choirs. The funerary monument of Antipope John XXIII is by Donatello and Michelozzo. 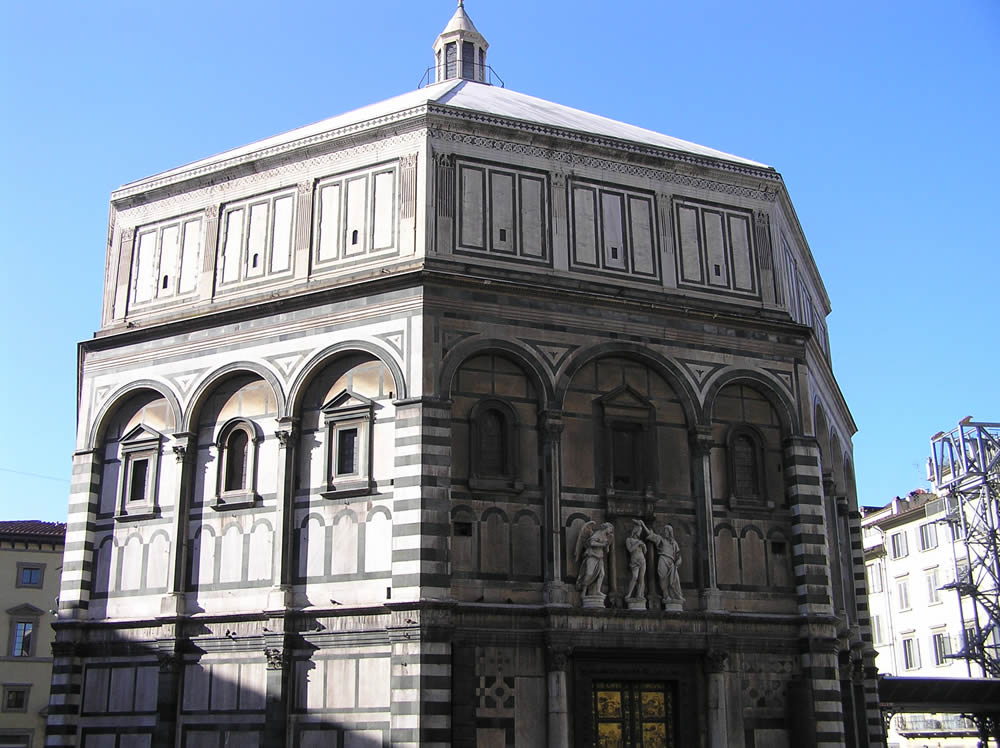 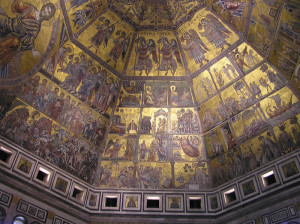 Angelic choirs of the mosaics of the Dome of the Baptistery of San Giovanni, Florence, Italy. Author and Copyright Marco Ramerini.

Important works: The Baptistery, one of the greatest examples of Romanesque, also contains important works of art among which are the cycle of the 13th century mosaics and funerary monument of antipope John XXIII executed by Donatello and Michelozzo.