Home / Abbeys, basilicas and churches / Orsanmichele: church of arts and crafts of Florence 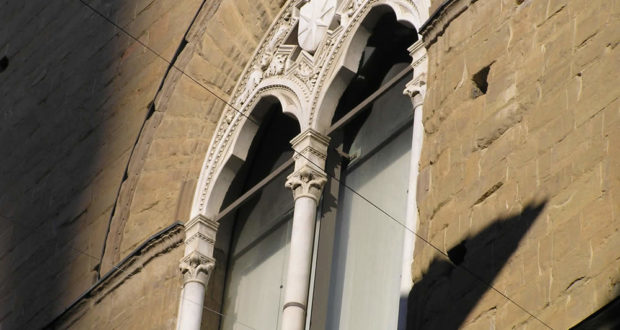 Originally, in the area where it is today Orsanmichele was the oratory of San Michele in Orto, which was demolished in 1239. In its place, around 1290, Arnolfo di Cambio built a loggia for the sale of grain, then according to tradition the image of the Madonna painted on a pillar began to make miracles, and the place became a place of devotion of the faithful.

The loggia was badly damaged by fire in 1304 and rebuilt in 1349, the image of Our Lady’s was replaced by the Madonna and Child by Bernardo Daddi (1346), which is still inside the church. In 1359, after other miraculous healings that took place during the plague of 1348, a monumental marble altar was built by Andrea di Cione said Orcagna.

In 1380 two floors were added to the building, where were held the stock of wheat, in addition, designed by Francesco di Simone Talenti, the loggias were closed in late Gothic style with elegant three-light windows and stained glass windows. The ground floor, where was the old market, was used as a place of worship. 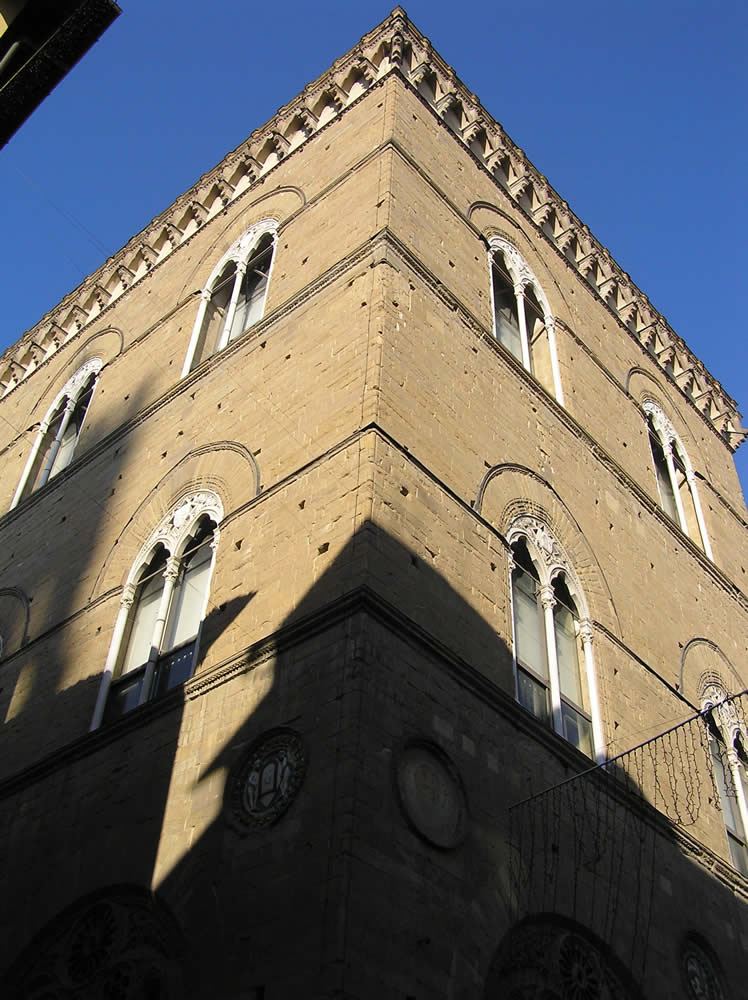 CHURCH OF THE CITY’S ARTS AND CRAFTS

The Signoria assigned to the 21 Corporations of Arts and Crafts the artistic care of the church of Orsanmichele, so that the building was embellished with fresco decorations and sculptures. The works were completed in 1404 with the construction of fourteen tabernacles belonging to the Major Arts, the Middle Arts and a Minor Art. In addition, the most important tabernacle in the center of the facade overlooking Via de’ Calzaioli was assigned first to the Guelph Party and then to the Mercatanzia Court. Sculptures were placed inside the tabernacles, made between the fifteenth and sixteenth centuries, depicting the saints made by Nanni di Banco, Ghiberti, Donatello and Giambologna.

Above fourteen shrines, many medallions were created, in which thirteen Arts and the Court of merchandise play their signs. Of these, ten were the coats of arms painted and only four were glazed earthenware made by Della Robbia. 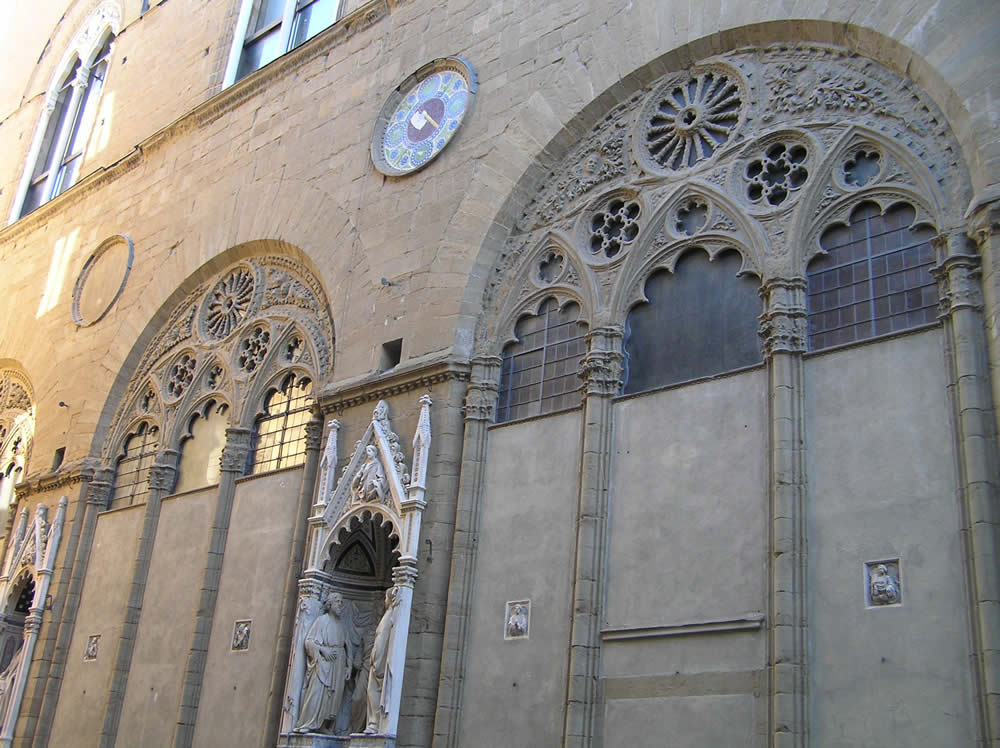 The upper floor, where the grain store was located, is now the home of the Orsanmichele Museum. Most of the statues of the saints that adorned the tabernacles were collected here. In fact, those that are now in the tabernacles are copies. The quadrangular church maintains the late Gothic aspect. This happens thanks to the decorations of the end of the XIV century. While inside is the grandiose marble tabernacle of the Madonna delle Grazie. Finally, at the end of the nave, on the left, there is the votive altar of Sant’Anna with the marble group (around 1526) depicting Sant’Anna, the Madonna and the Child by Francesco da Sangallo.

2014-12-12
Marco Ramerini
Previous: Gallery of the Academy: the Michelangelo’s David
Next: The Baptistery of Florence: Saint John