Home / Province of Arezzo / Sansepolcro: city of art of the Alta Valtiberina

Sansepolcro: city of art of the Alta Valtiberina

Sansepolcro rises in the Upper Tiber Valley, in the eastern end of Tuscany, about forty kilometers from the city of Arezzo. Charming Renaissance town, Sansepolcro owes much of its fame to Piero della Francesca, a famous artist who was born here in the early fifteenth century. The center still retains its character as a city of art, with its majestic architecture, almost all dating back to the historical period between the Middle Ages and the sixteenth century.

FRESCO OF THE RESURRECTION OF PIERO DELLA FRANCESCA

The most precious treasures of the city are kept in the civic museum. Located inside the prestigious fourteenth-century Palazzo dei Conservatori, this houses one of the most beautiful, if not the best, works by Piero della Francesca: the fresco of the Resurrection. In addition to this valuable fresco from the artist’s maturity phase, there are also the equally significant Polyptych of the Madonna della Misericordia and the paintings depicting San Giuliano and San Ludovico. Also present are the works of artists of the caliber of Signorelli, Pontormo and Della Robbia and many other masterpieces of art, from the fourteenth to the seventeenth century, including numerous gold, silver, sacred ornaments, bas-reliefs and sculptures, preserved in the stone hall. 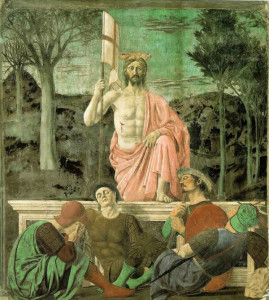 Among the noteworthy architectures, in addition to the numerous historic buildings in Piazza Torre di Berta and Via XX Settembre, there are monuments such as the cathedral, the church of San Francesco, the Medici fortress, the Laudi town hall and Piero’s house of Francesca.

Ancient Camaldolese abbey of the year 1000 rebuilt in the fourteenth century, the cathedral has an imposing Romanesque portal and three long naves, inside which paintings dating back mainly to the fifteenth century are preserved. The Medici fortress is instead a clear example of sixteenth-century military architecture, while the birthplace of Piero della Francesca is an elegant Renaissance palace, today the seat of the homonymous artistic foundation.

You cannot leave the town without having taken away a piece of local crafts. Sansepolcro is in fact also famous for its consolidated goldsmith and silverware tradition, as well as for the embroidery and wrought iron works. Among the most common local crops, wheat, a fundamental ingredient of pasta, and horticultural productions in general. As in almost all the Valtiberian territory, the presence of the rare and precious truffle stands out. An aromatic product of the land and an excellent condiment for many dishes. Among the meats, wild boar is particularly tasty and used. The genuineness of the products also flows into the delicious local recipes, such as that of the white truffle risotto and the sweet “cicerchiata”.

The best season to visit this center is undoubtedly spring, whose climate allows you to stroll pleasantly through the streets of the center and among the monuments, but also to make excursions in contact with nature in the green countryside of the surroundings.

The most awaited appointment of the year falls in September with the traditional Palio della Balestra. The event, which involves a whole week of celebrations and a heartfelt popular participation, has as its protagonists not only the citizens of Sansepolcro but also those of Gubbio, equally linked to this balestery tradition. In addition to the final crossbowmen competition, which takes place in Piazza Torre di Berta, parades of figures in Renaissance costumes are planned, whose particularity is precisely being inspired by those of Piero della Francesca’s works. However, this innovation has only recently been introduced, on the occasion of the 500th anniversary of the artist’s death. 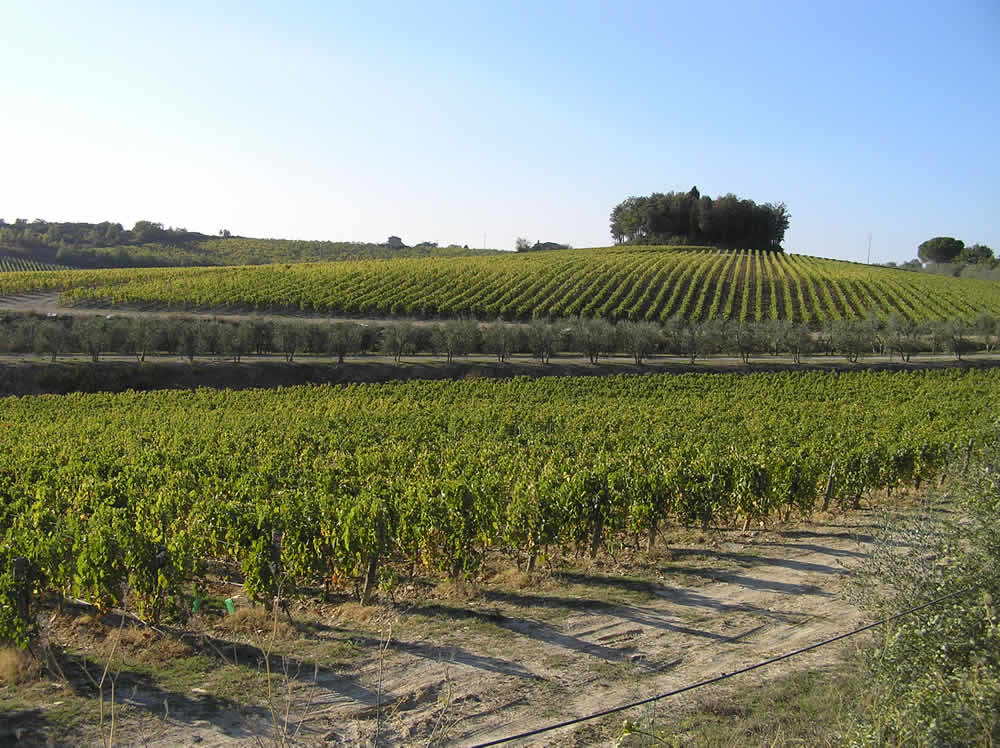 This post is also available in: Deutsch ItalianoCastelnuovo Berardenga, is an interesting village of Chianti in ...