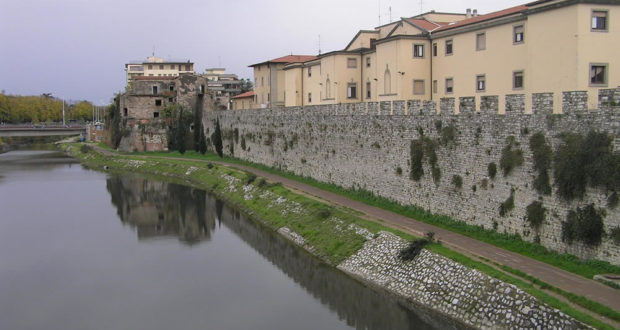 The walls of Prato. Author and Copyright Marco Ramerini.

Prato with almost two hundred thousand inhabitants is after Florence the most populous city in Tuscany and an important industrial center, especially of the textile industry, in particular yarns, fabrics and machinery. The city is located in a flat area at 61 meters above sea level along the Bisenzio valley and is the capital of the homonymous province, the last born (1992) in Tuscany.

Prato originated in the Middle Ages as a strategic place along the roads connecting to the Apennines and the Po Valley, the city developed in the communal age thanks to trade, Frederick II, in 1247, built there the imposing Castello dell’Imperatore (Castle of the Emperor). The city in the fourteenth century became part of the possessions of Florence and was fortified by a new wall on which are five gates.

The first historical settlements in the area of Prato were of Etruscan origin (VII-V century BC.), then the area was occupied by the Romans as evidenced by the ancient name of Pagus Cornius. Around the year 1000 are in the area of Prato two distinct residential areas: the Village at Cornio, located in the actual piazza of the Duomo and the Castle of Pratum of the Counts Alberti, Counts of Prato, which stood nearby and that gave the city its name. These two towns in the second half of the eleventh century came together to form the city of Prato who became a free municipality.

Among the late twelfth and early thirteenth century were constructed two city walls to defend the city, that has became important for the wool trade, the citizens organize themselves militarily in a Society of the People (Società del Popolo). In 1237 began the construction of the Castle of the Emperor. In 1350, Prato exhausted by an epidemic of plague surrendered to the siege of Florence.

The control of Florence does not limit economic, cultural and artistic growth of the city. Prato in 1512 was sacked by the Spaniards rushed to restore the deposed Medici rule. In 1653 the diocese was established, and to Prato was granted the title of City. In the nineteenth century, began the mechanization of industry and in the second half of the century, developed the typical activities of the local manufacture of regenerated wool, derived from textile remnants. This leads to a remarkable economic and urban population growth of the city that continues today. 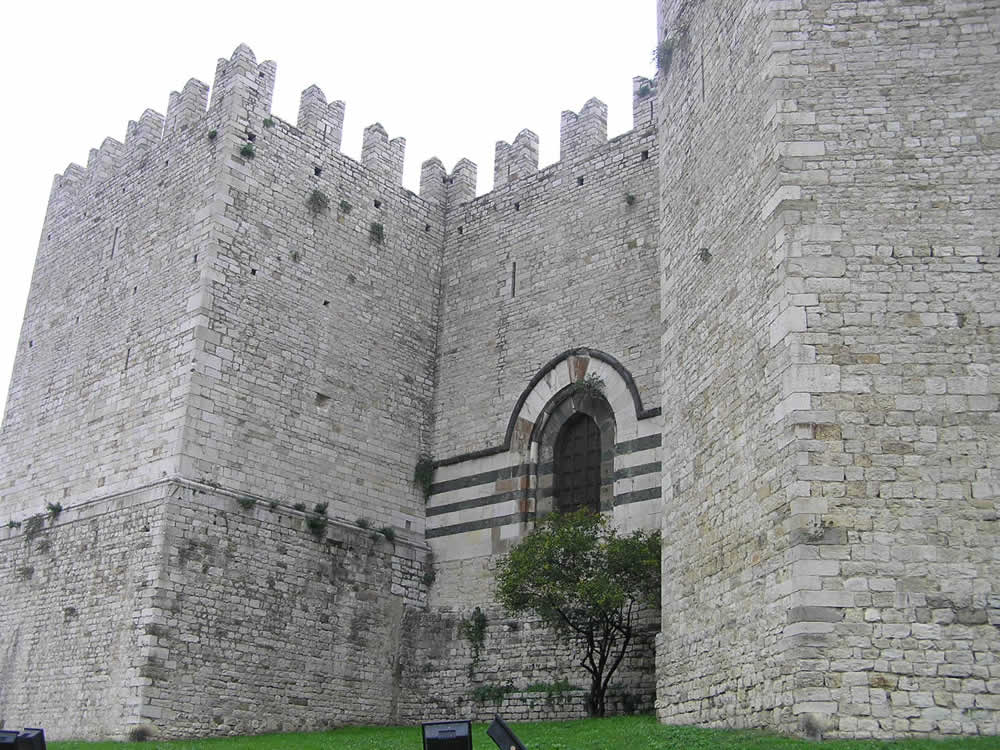 Prato is today an important industrial center and a modern city, but its historic center contains architectural jewels that deserve more than a hasty visit.

The center of the historic Prato is the Piazza del Comune, where the Palazzo Comunale overlooks, with the Fontana del Bacchino in the atrium, and Palazzo Pretorio, home to the Civic Museum. Piazza del Duomo is the religious center. The Pisan-Lucchese Romanesque cathedral dates back to the 13th century, with an external pulpit by Donatelo and Michelozzo and inside it houses interesting works of art, including valuable frescoes by Agnolo Gaddi (Chapel of the Sacred Cingolo), Filippo Lippi and Paolo Uccello.

Another very interesting religious building in the city is the church of Santa Maria delle Carceri, a Renaissance Greek cross building from the end of the 15th century, designed by Giuliano da Sangallo. Inside there are majolica works by Andrea della Robbia and stained glass windows by Domenico Ghirlandaio. Next to the church is the imposing Castle of the Emperor built in 1247 at the behest of Frederick II. An interesting medieval building is the Palazzo Datini dating from the fourteenth century. The city also houses an interesting Textile Museum. 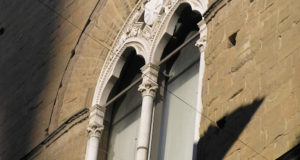 This post is also available in: ItalianoThe Galleria dell’Accademia (Gallery of the Academy of Florence), ...