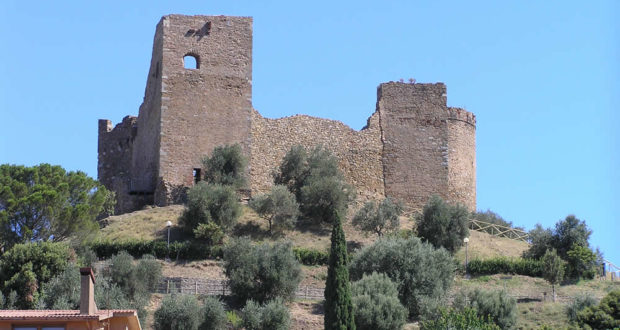 Scarlino is located in a beautiful position on a hill 229 meters above sea level, which dominates the plain of Follonica and the sea. The village of Scarlino developed from the thirteenth century as a fortress of the Aldobrandeschi family, in 1278 it was occupied by the Republic of Pisa and from 1399 became a possession of the Appiani of Piombino.

Scarlino is dominated by the medieval fortress, built by Aldobrandeschi in the thirteenth century and renovated from the Pisani in the fourteenth century. The fortress (Rocca) is well preserved while the walls surrounding the medieval town are only partially preserved. The structure of the fortress has a pentagonal shape and is formed by two boundary walls. At the corners are three large towers one of which is of circular shape. The best preserved part of the walls of the village is to the east, on the walls remain visible two gates, the Porta Senese or Porta della Fonte, on the eastern section, and Porta Pisana or Porta a Mare, on the northwestern side.

The historical center preserves a beautiful medieval town hall – altered several times – and the late-Romanesque church of San Donato, built in the eleventh century in Pisan-Romanesque style, inside the  church there are some fifteenth-century frescoes and the fifteenth century marble tomb of Vanni and Emanuele Appiani by Andrea Guardi. Among the civil buildings to remember the Town Hall of the thirteenth century and the Palace of Count (Palazzo del Conte) an Aldobrandeschi-Appiani residence of the thirteenth century. 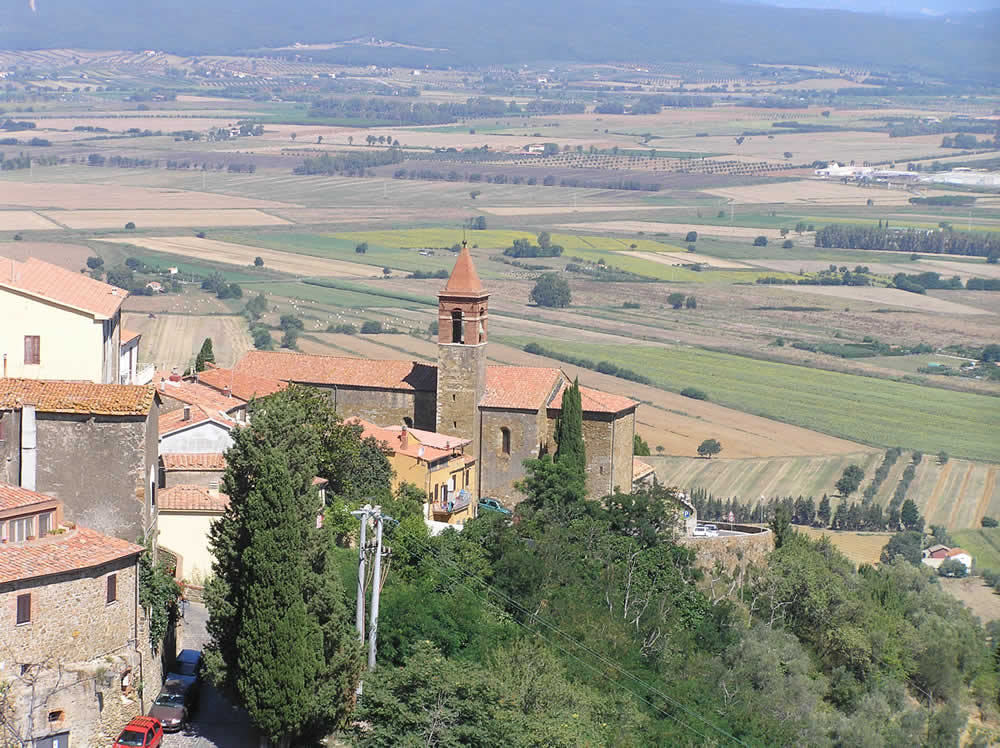 A HISTORICAL VILLAGE THAT DOMINATES THE GULF OF FOLLONICA

In the village there is the interesting Centro di Documentazione del Territorio Riccardo Francovich, a museum dedicated to the history of the Fortress and to the archeology of the area. In the municipal area there are some archaeological sites such as the Puntone di Scarlino – with the remains of a Roman coastal villa of the 1st century AD -, the Poggio Castiglione – with remains of Etruscan and Roman buildings – and Pian d’Alma (Poggio Tondo) where there is a necropolis with burial mounds.

Near the town of Scarlino – just outside the Porta Senese – are the ruins of the monastery of Madonna degli Angeli, these ruins are also visible from the Fortress. In the territory of Scarlino you can see the fascinating ruins of some churches and castles, among them: in the plain below the village those of Canonica di San Michele of which remains the apse and the base of the tower. Towards Follonica are the imposing ruins of the Convent of Monte Muro, here are visible remains of the convent and of the church. In the direction of Massa Marittima the so-called Pievaccia presents the ruins of a fortified church on a hill. Finally closer to Follonica are the ruins of the Castello di Valle.

Scarlino is now known for having one of the most beautiful beaches in Italy: the beach of Cala Violina, situated in the protected area of the Bandite di Scarlino. On a promontory south of Cala Violina is the medieval tower of the Civette. 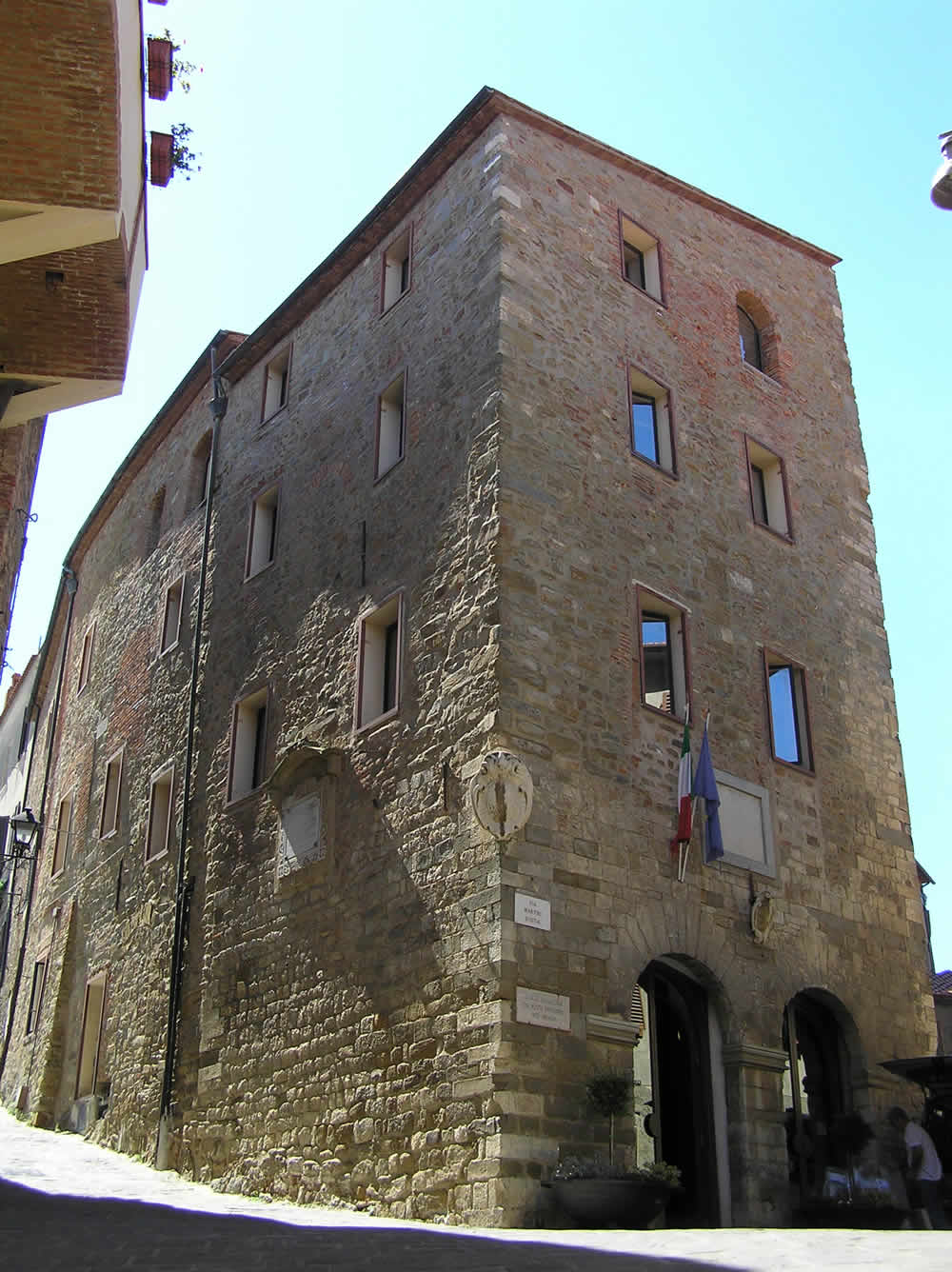 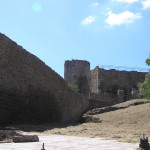 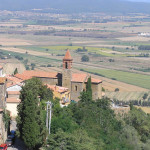 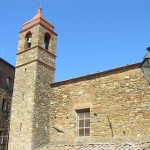 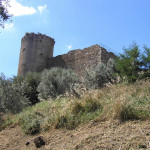 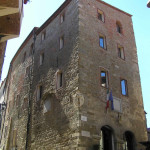 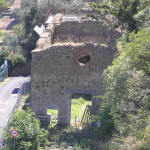 The ruins of the Monastery of Madonna degli Angeli, Scarlino, Grosseto. Author and Copyright Marco Ramerini 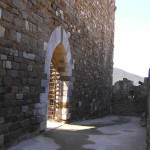 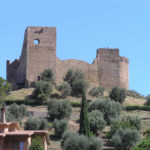 Booking.com
Marco Ramerini
Previous: Bagno Vignoni: a village with a particular square
Next: Cala Violina: the most beautiful beach of Maremma