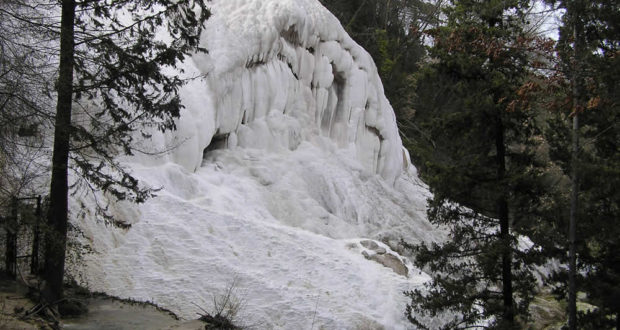 Bagni San Filippo is a small spa village situated on the slopes of Mount Amiata 524 meters asl, in the municipality of Castiglione d’Orcia, in the province of Siena.

The place name recalls the presence of San Filippo Benizi, prior of the Florentine religious order of the Servants of Mary, who in the twelfth century, according to tradition, took refuge in these places, in a hermitage not far from the springs to escape the election as Pope at the conclave in Viterbo (1268-1271).

ESPECIALLY THE MEDICI WERE DEVELOPING THE SPA

The therapeutic properties of its thermal waters were known since antiquity. In the 14th century they are remembered by Ugolino da Montecatini, but the Bagni were developed in particular by the Medici family. Lorenzo the Magnificent, went there in 1485. Then Cosimo I de’ Medici, in 1566, had them restored, and the Grand Duke Ferdinando II, in 1635, came to Bagni San Filippo to treat his headache. Machiavelli quotes Bagni San Filippo in his work the “Mandragola” of 1518.

Bagni San Filippo is an evocative place for the white limestone deposits formed by the waters that form hot water cascades. The waters, in fact, contain in abundance calcium carbonate which, by solidifying, forms very special white concretions. This water cementing property was used by Leonardo De Vegni, in the mid-eighteenth century, to create works of art, using his technique, called “plastic of tartars”. 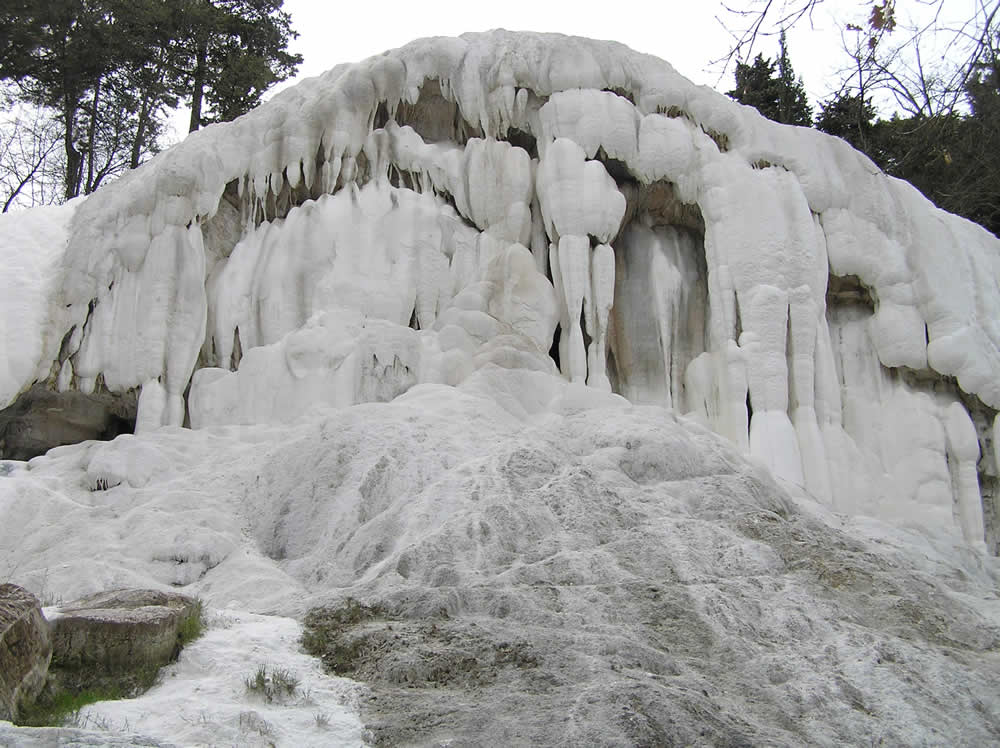 The waters are hyperthermal and gush at temperatures ranging from 25 ° C to 52 ° C, have sulphurous-sulphate-calcium-magnesium characteristics and are particularly effective in the treatment of osteo-neuro-articular diseases. In particular, they help in the treatment of sciatica, bursitis, chronic arthropathies, neuritis. But they also treat osteoarthritis and primary subacute and chronic joint rheumatism, bone dystrophies. But they also treat after-effects of joint trauma, ankylosing spondylitis, psorisiac arthritis, periarthritis, tendinitis, muscle stiffness, some inflammatory pathologies in the non-acute phase. The waters also work in the treatment of dermatological diseases such as juvenile acne, eczema, psoriasis, seborrheic dermatitis, itching.

The Spas of Bagni San Filippo, with their modern facilities, are an ideal destination for a relaxing holiday. They offer balneotherapy, mud bath therapy, inhalations, aerosols, ionized aerosols, sonic aerosols, micronized nasal showers. The Spas is equipped with an efficient wellness center where beauty treatments are carried out for the body (anti-cellulite) and face (anti-age) with products that use water and thermal mud.

Among the places to visit, the Fosso Bianco, near the town, is worth a visit. Here the waters flow that create, with the limestone deposits left by their passage, a landscape with white rocks.

Among the sights worth visiting the Fosso Bianco, near the village, where flowing water create, with limestone deposits left by their passage, a landscape of white rocks. Along the road that leads from Campiglia to Bagni San Filippo is the grotto of San Filippo, dug into one big block of travertine and divided in two by a partition. Tradition has it that there was refugee San Filippo Benizi. Inside the cave are kept in a plaster bust of the saint (eighteenth century) and a wooden crucifix, kept inside a tabernacle, which according to tradition was carved by San Filippo. On days 22 and 23 August there is a pilgrimage to the cave, now turned into rock chapel. It lit fires and celebrated the liturgical functions. 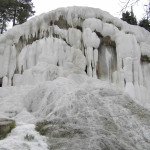 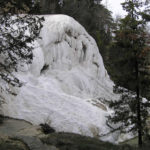 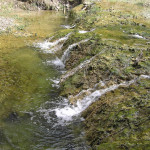 2014-12-24
Marco Ramerini
Previous: Cetona: a medieval village of Etruscan origin
Next: Sarteano: a walled village dominated by a castle 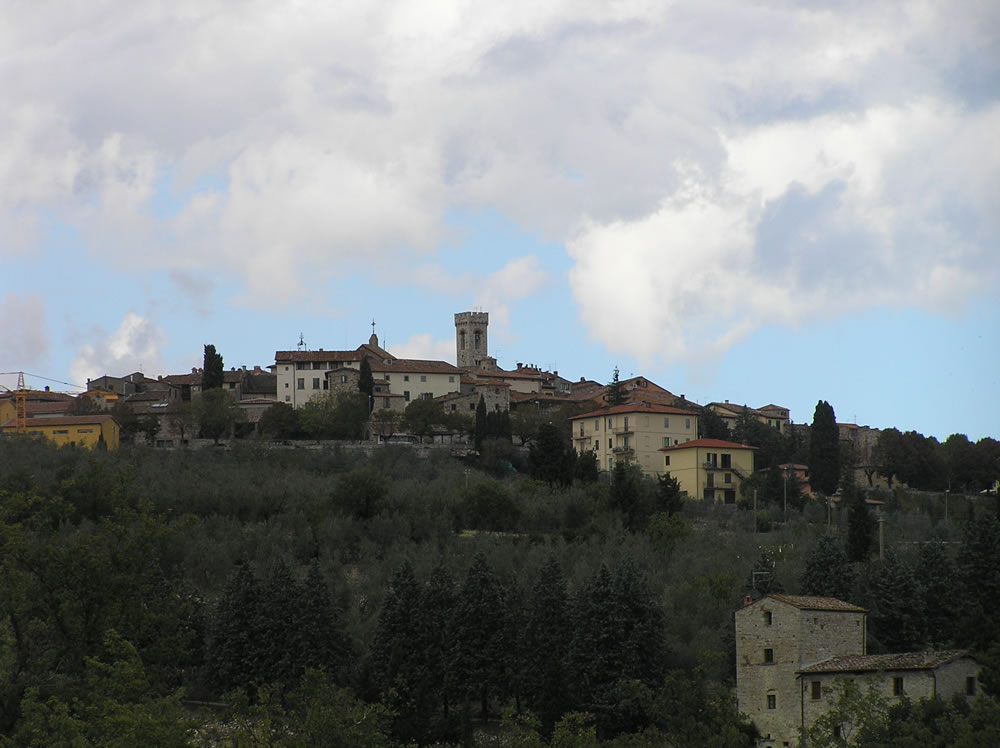 This post is also available in: Français Deutsch ItalianoRadda in Chianti a medieval town of ...