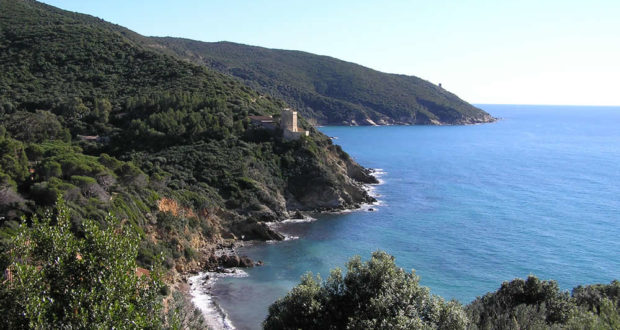 Monte Argentario is a promontory of southern Tuscany in the province of Grosseto, from which it is about 40 km away.

Completely mountainous, the highest peak is Mount Telegrafo (635 meters), Monte Argentario is joined to the mainland by two sandbands: Tombolo of Giannella and Tombolo of Feniglia, inside which the Orbetello lagoon is located. The Argentario coast is high and rocky, dotted with ancient watchtowers, it is largely intact and wild.

The two main centers are Porto Santo Stefano, where the municipality is located, and Porto Ercole.

Inhabited since antiquity, in Roman times it was owned by the gens Domizia. In the Middle Ages it became a fief first of the Abbey of the Three Fountains of Rome, then of the Aldobrandeschi, then of the Orsini, later of the Republic of Siena.

ITINERARY: THE COAST OF MONTE ARGENTARIO

After passing the Fortress of Porto Santo Stefano we take the Panoramic Road in the direction of Lividonia. The first road winds around the promontory of Punta Lividonia where the Torre di Lividonia is located, a structure from the mid-16th century, located inside a private villa.

The road then turns decidedly south with beautiful views of the sea, and the islands of Giglio and Montecristo, then we reach Cala del Pane, Cala Cacciarella and finally Punta Cacciarella where there is the homonymous tower located today inside a modern tourist complex.

After Punta Cacciarella you reach a panoramic point that opens onto Cala Grande and the Punta di Cala Grande where there is another lookout tower, now private property.

After passing the Punta di Cala Grande the road faces the sea again, offering breathtaking views of the islet of Argentarola and the island of Giglio. In correspondence with Cala Moresca there are the ruins of another watchtower, the road continues halfway up the hill with wonderful views of the coast from Argentarola to Cala del Gesso and Cala del Bove.

Beyond Punta del Bove you reach Cala Piccola (or Cala Piatti) where, inside the Hotel Cala Piccola, there is another lookout tower, the round Torre di Cala Piatti. Here the Panoramic road deviates inland, this part of the road is dominated by the ruins of the Torre di Capo d’Uomo located on a hill 358 meters high, in this stretch of road the island of Giannutri also appears to the view.

The road then reaches a crossroads at Poggio Fondoni, from here the main road leads back to Porto Santo Stefano while the Panoramic road continues to the right towards Punta Maddalena and Isola Rossa. Continuing along this road, after a short time wonderful views open on the coast between Punta Maddalena and Isola Rossa. This is probably the most beautiful stretch of coast on this itinerary.

On a rocky wall overlooking the sea is the Torre della Maddalena, a square tower built by the Sienese and strengthened by the Spaniards. Just below the tower opens Cala dell’Olio on the other side of the bay is the Isola Rossa and the Cala of the Sassi Verdi. After passing the Isola Rossa you reach the Torre delle Cannelle, a fifteenth-century hexagonal tower probably built by the Sienese.

Continuing the road becomes unpaved and in bad conditions, on the promontory beyond the Torre delle Cannelle you can see the Torre Ciana, a Sienese cylindrical tower of the late fifteenth century. To reach Porto Ercole you can travel the 3 km that remain of ugly dirt road or retrace the Panoramic road back to return to Poggio Fondoni and from here to Porto S.Stefano and Porto Ercole. 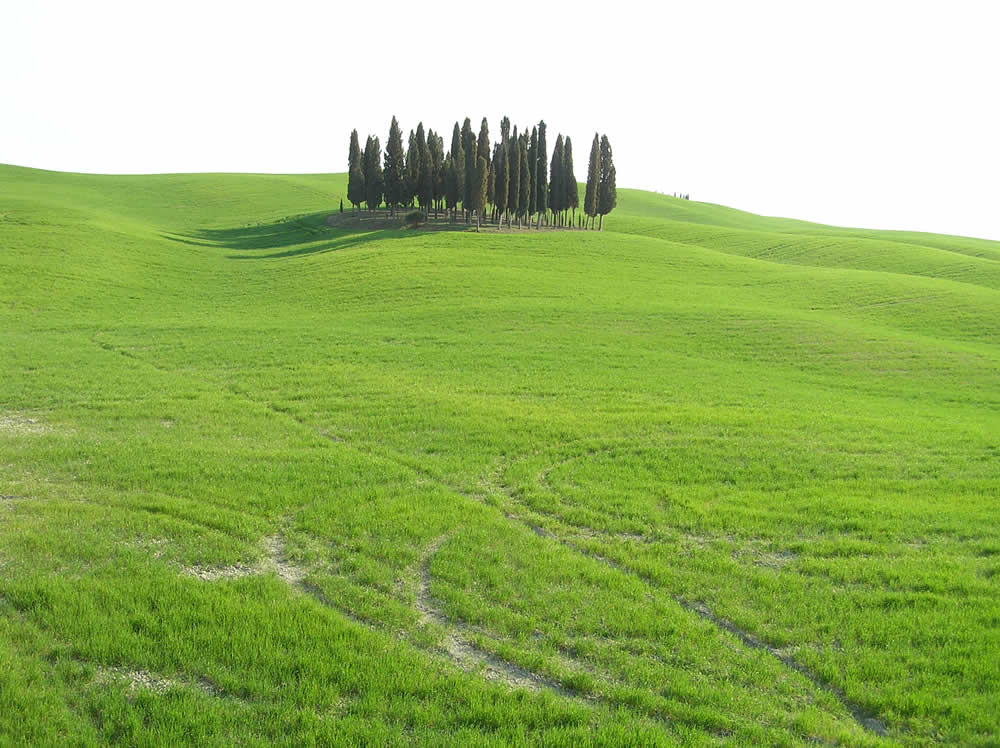 This post is also available in: ItalianoIn 2004, the Val d’Orcia was registered by UNESCO ...