Home / Cities / Piazza del Campo: the square of the Palio of Siena 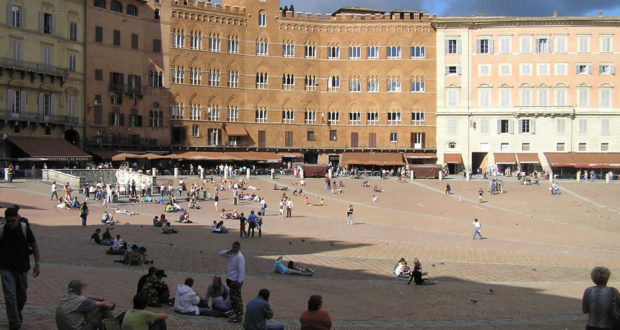 It is said Siena and you immediately think of the Palio. It’s almost impossible, in fact, speaking of this charming Tuscan town and not remember this competition on horseback of medieval origins, unique in the world for participation, passion and intensity with which it is lived by all Sienese. So engaging is the climate that you breathe, to call each year, on July 2 and August 16, thousands of tourists who literally invade the city to live in the first person a very special event.

Among the most significant places of the Palio, we must recall the famous and harmonious Piazza del Campo. The heart of life of Siena and the track for the race, whose perimeter is dotted with 72 little columns, placed at equal distances from each other, where during the Palio of Siena tied his handkerchief.

THE PALIO OF SIENA

Three days before the Palio in the courtyard of Podestà, inside the Town Hall, trafficking takes place, namely the combination of horses at ten Contrade (all are 17) taking part in the race. The day of the race in the morning in the Chapel Square, adjacent to the Palace, is held the Mass of the Fantino (rider)

In the afternoon, however, after the blessing of the horse at the contrade church, opened the colorful and lively historical parade with historic procession, passing by Salimbeni square, Piazza del Duomo (where it is done flaunted, handling acrobatically multicolored banners) and arrive to Piazza del Campo. 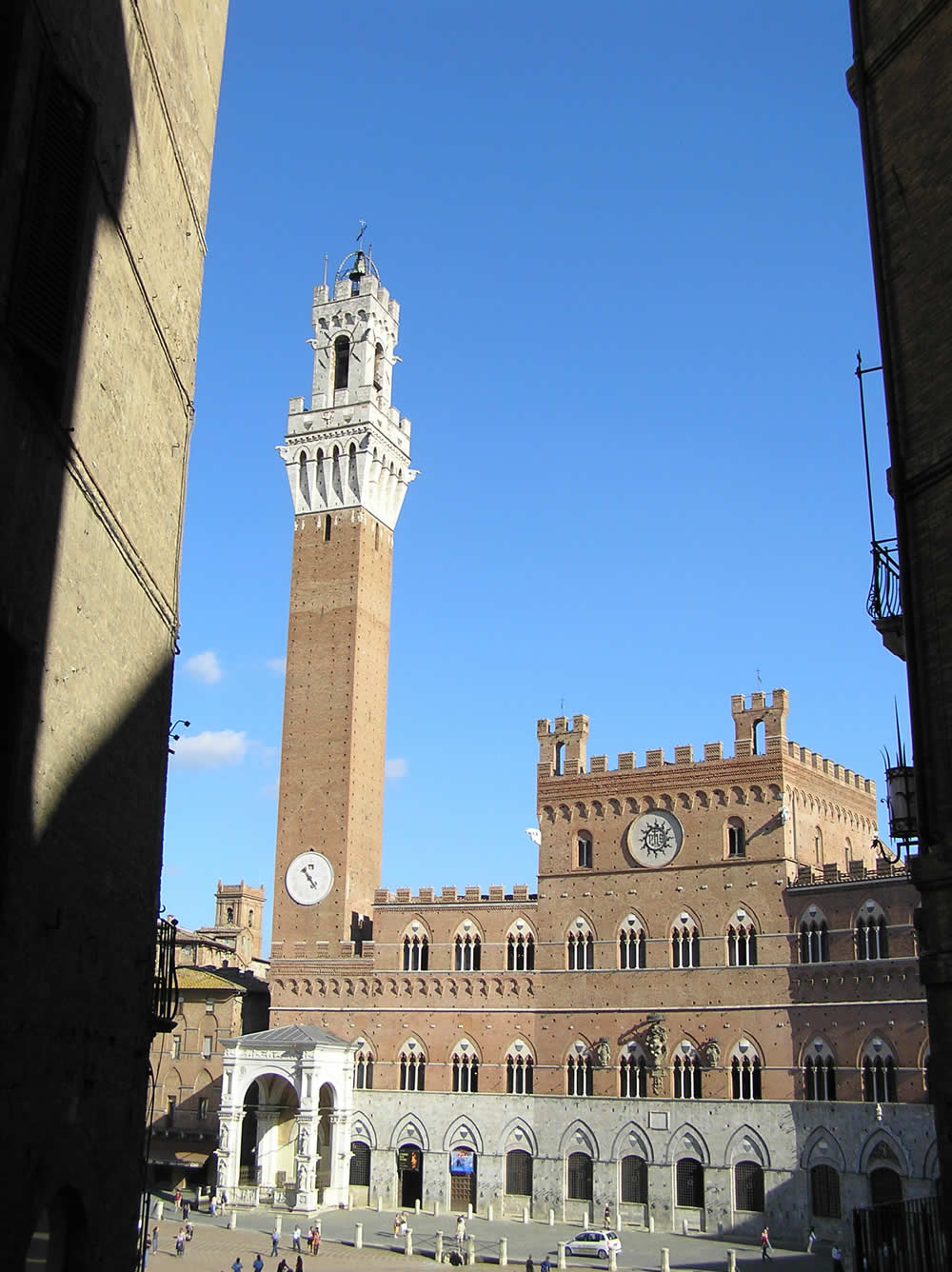 With its characteristic shell-shape, Piazza del Campo is one of the most beautiful squares in Italy. On its paving slabs and bricks, overlooking the monuments that reporting to the glories of noble municipal civilization, a glorious period for the city. The Gothic Palazzo Pubblico, which today houses the municipal museum, it houses some of the major works of the Sienese school of painting in the fourteenth and fifteenth century, school of painting was opposed, to fame, to the Florentine school.

The adjoining Torre del Mangia (which takes its name from campanaro Giovanni di Duccio, called the “Mangiaguadagni”), with its 102 meters high, dominates the old town and offers a spectacular view of architecture and the gentle landscape of the countryside of Siena. On the opposite side of the square, here finally, the last masterpiece of the square, the impressive Fonte Gaia, a large basin built by Jacopo della Quercia in 1419. 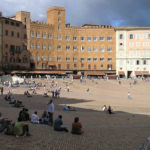 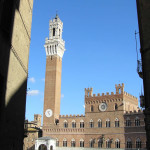 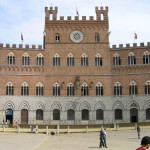 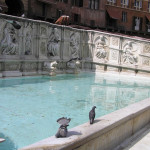 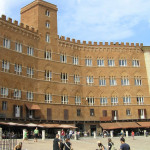 2014-12-27
Marco Ramerini
Previous: Siena: a medieval jewel town in Tuscany
Next: The Medici Fortress of Siena: symbol of power 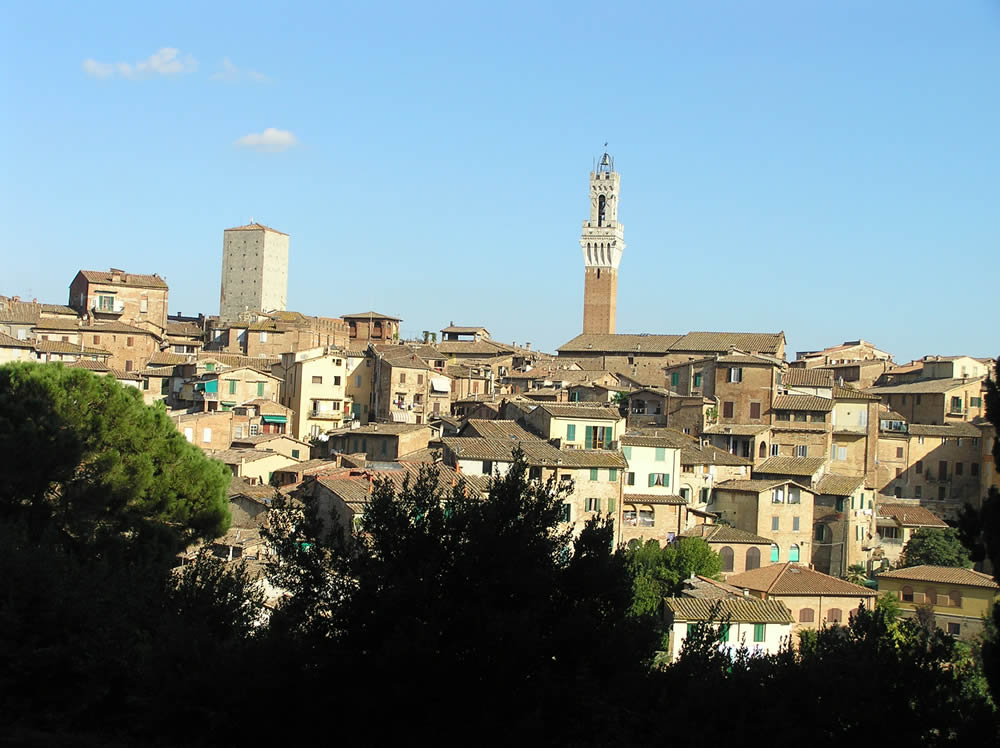 This post is also available in: Français Deutsch ItalianoSiena is one of the best preserved ...