Home / Islands / Elba Island: the most famous of the archipelago 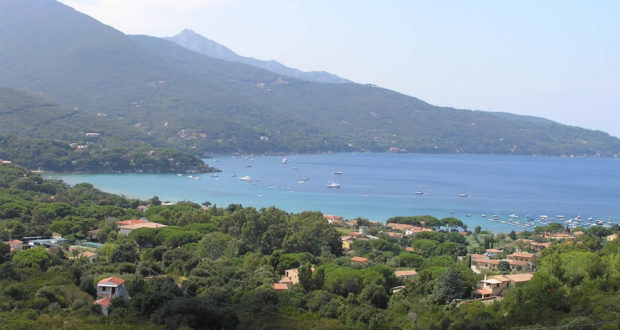 Administratively the island is part of the province of Livorno, and is divided into eight municipalities, the most important town is Portoferraio (over 12,000 inhabitants), the other seven municipalities are: Campo nell’Elba, Capoliveri, Marciana, Marciana Marina, Porto Azzurro, Rio Marina and Rio nell’Elba.

A MOUNTAIN ISLAND RICH IN MINERALS

The island is mountainous in nature and its coasts are often rocky and very jagged, the highest mountain on Elba, Monte Capanne, exceeds 1,000 meters in height (1,018 meters) and is located at the western end of the island, the one overlooking Corsica. At the Promontorio di Piombino only 10 km of sea separate Elba from the Tuscan coast. The island is very green and full of vegetation.

The territory of the island can be divided into three sections: to the east, on the side facing the coast of Tuscany, there are a series of hills that culminate with Monte Calamita (413 meters), Monte Serra (422 meters) and with the Cima del Monte (516 meters). In this area there is the deep inlet where Porto Azzurro is located.

The center of the island is characterized by a plain at the gulf of Campo and by low reliefs such as those of Monte Tambone (379 meters) and Monte Orello (377 meters). The western part of Elba, the one facing Corsica, has the granite massif of Monte Capanne (1,018 meters), the highest mountain in Elba.

COASTS OF THE ISLAND

The coasts of the island are very varied and jagged, rich in gulfs and promontories, with sandy areas and coasts overlooking the sea, and extend for 118 km. A visit of the island usually starts from Portoferraio where most of the ferries dock. This historic town is full of Renaissance fortifications, there are historic buildings such as the villas where Napoleon lived and some beautiful beaches. To the west of Portoferraio is the Capo d’Enfola and then the gulfs of Viticcio, Biodola and Procchio, all with beautiful beaches.

After passing the seaside resort of Marciana Marina the road climbs along the slopes of Monte Capanne reaching the towns of Poggio and Marciana. With Corsica in the background, the coast becomes high and rocky, but sometimes there are small but beautiful beaches such as those of Sant’Andrea, Fetovaia, Seccheto and Cavoli. We then reach Marina di Campo and its long beach.

Subsequently, the gulfs of Campo, Lacona and Stella alternate with the promontories of Capo di Fonza and Capo Stella. Then it is the turn of the peninsula where Capoliveri stands and of the Gulf of Mola with the bay of Porto Azzurro. To the north the coast becomes more straight here the towns of Rio Marina and Cavo are found, in the interior instead is Rio nell’Elba.

HOW TO GET TO THE ISLAND OF ELBA

Elba island also has a small airport located in Marina di Campo. The airport of the island of Elba has regular flights with the airports of Florence and Pisa. In the summer months there are also flights with Milan-Linate and with some German (Munich) and Swiss (St. Gallen, Zurich, Lugano and Bern) cities.

2020-03-06
Marco Ramerini
Previous: Recipe: Schiacciata con l’uva (Crushes with grapes)
Next: Pari: an ancient castle of the Counts of Ardenghesca 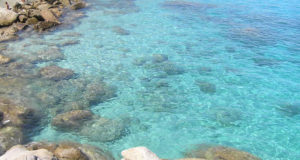