Home / Cities / Uffizi Gallery: the most important museum of Florence 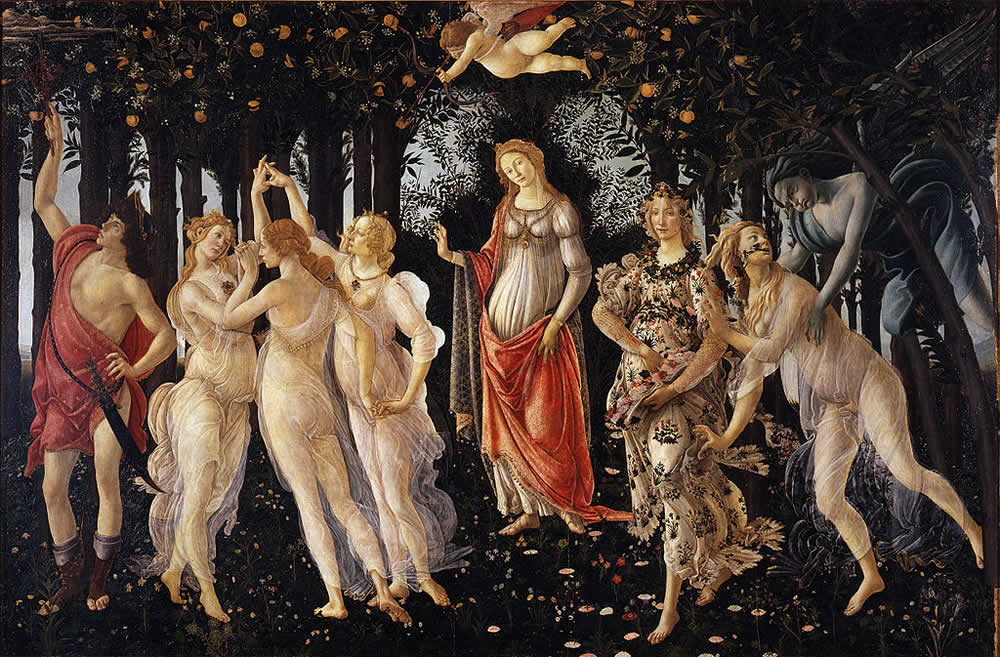 Uffizi Gallery: the most important museum of Florence

Uffizi Gallery is the most important museum of Florence and one of the most famous museums in the world. The building houses a superb collection of works of art, divided into several rooms arranged for schools and styles in chronological order.

This is an immense artistic heritage, which includes thousands of pictures ranging from the medieval to modern, a large number of ancient sculptures, miniatures, tapestries.

Uffizi Palace is an architectural building of great importance, and inside it holds masterpieces of world art of inestimable value. The origin of the building that houses the museum dates back to 1560, when Cosimo I de ‘Medici commissioned Giorgio Vasari to design a large two-winged palace that was to house the offices (Uffizi) of the Florentine state.

The building has the unusual and singular shape of a U facing the river Arno, the two bodies of the building are parallel and are connected by a corridor that has six big arched windows that open over the courtyard of the palace, with unobstructed views of the Palazzo Vecchio and over the Arno River, with wonderful views of the Ponte Vecchio. Vasari himself, a few years after the construction of the building, through an air corridor (Vasari Corridor), linked the Uffizi with Palazzo Pitti. 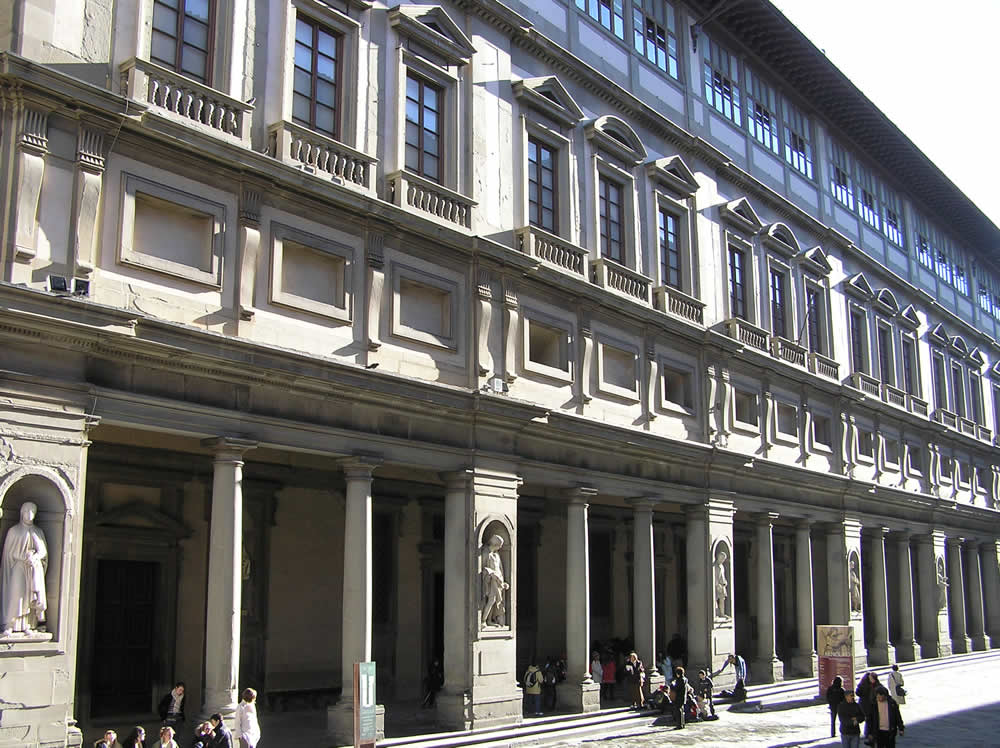 ONE OF THE MOST FAMOUS MUSEUMS IN THE WORLD

The first core of the gallery was created in 1581 by Francesco I de’ Medici, son of Cosimo, on the top floor of the building, and were collected by the Medici collections in the fifteenth and sixteenth century. The works were initially placed in the hall of the Tribune and in adjacent rooms. Uffizi was regularly open to the public under the Lorraine dynasty.

On the second floor of the gallery, at the premises derived from Mediceo Theater, is based the collection of drawings and prints, among the largest in the world, which includes about 120,000 works, dated from the end of the fourteenth century to the twentieth century, among them outstanding examples of all the great masters of Tuscany, from Leonardo to Michelangelo. 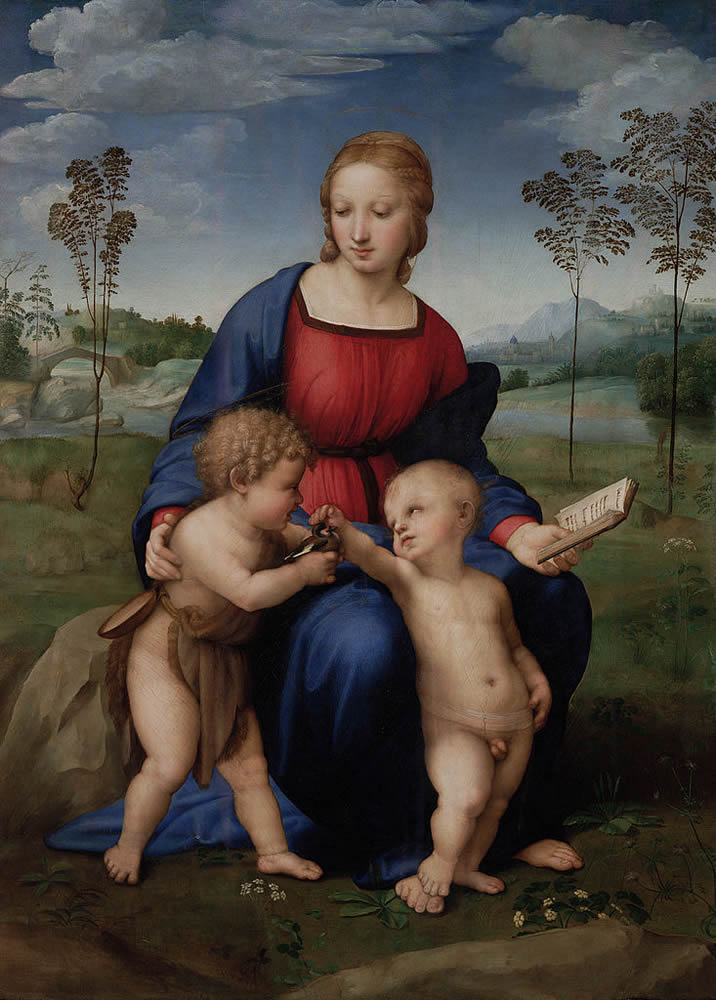 Uffizi Gallery houses a collection of Italian and European painters among the most important in the world. The halls of the museum are a succession of masterpieces of the Renaissance masters. The museum expose the most complete collection of Tuscan and Florentine painting from Cimabue and Giotto up to the mannerist painters.

Very important is the presence of works by other Italian schools of painting, among them the Venetian is the richest of valuable works. Of immense value are the paintings of Flemish painters in the museum, as well as the collection of antiques and portraits (the latter visible today in the famous Vasari Corridor, which links the Uffizi Gallery with Palazzo Pitti). 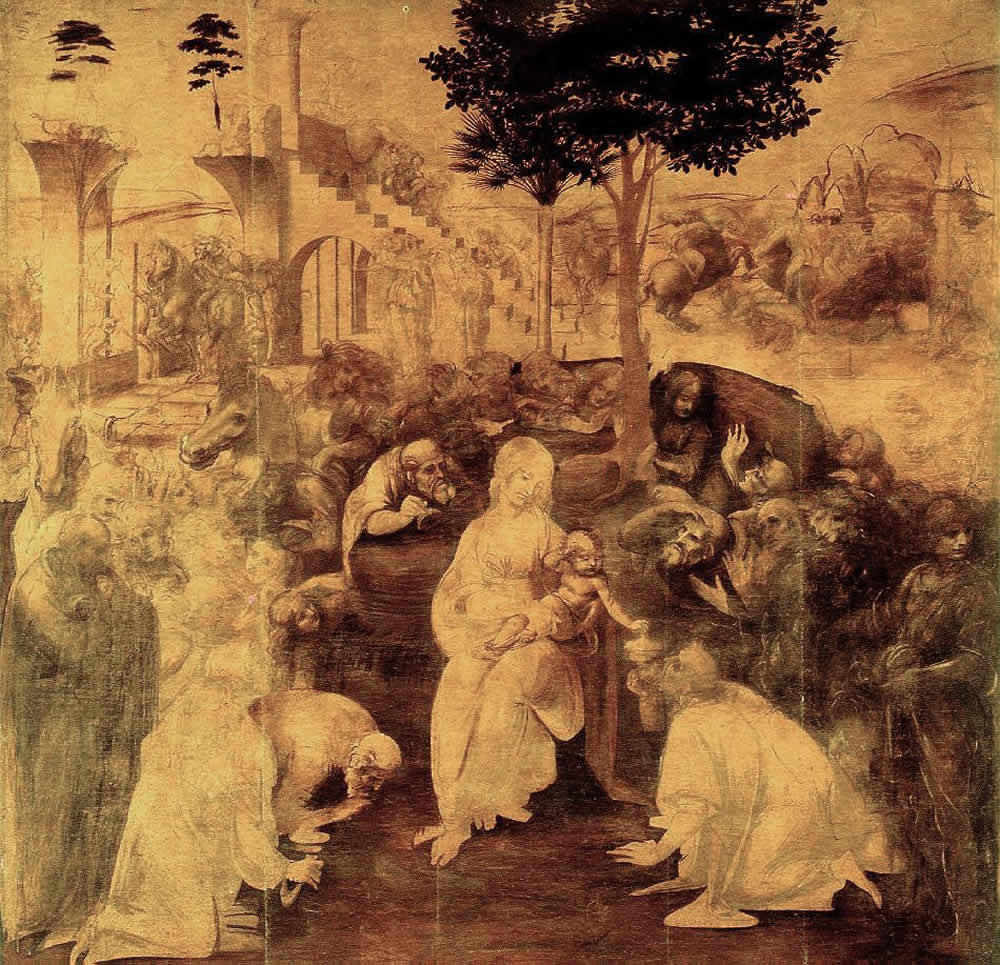 A PAINTING COLLECTION AMONG THE MOST IMPORTANT IN THE WORLD

Among the most relevant works of the Uffizi Museum, which also includes among other things the largest collection of Botticelli’s paintings in the world. In the museum, among other works, the Birth of Venus, Spring, and the Adoration of the Magi are exhibited. Then we find Orcagna’s masterpieces such as the Triptych of St. Matthew. Among the works of Antonio del Pollaiolo there is Hercules and Antaeus and Hercules and the Hydra. While Piero del Pollaiolo exhibits Virtue.

Of the great master Giotto there is the splendid Madonna d’Ognissanti. Then there are masterpieces by Duccio di Buoninsegna (Madonna Rucellai), Cimabue (Majesty of Santa Trinita), Simone Martini (Annunciation), Masaccio (Madonna and Child with St. Anne), Taddeo Gaddi, Masolino. Leonardo da Vinci has among his works present in the museum the splendid Annunciation, and the equally unique Adoration of the Magi.

There are works by Gentile da Fabriano (Adoration of the Magi), Filippo Lippi, Paolo Uccello (Battle of San Romano), Beato Angelico. While Michelangelo’s work has its pictorial masterpiece with the Holy Family with the Infant St. John or Tondo Doni.

Raphael has his absolute masterpiece in the museum, the Madonna of the Goldfinch. But always Raphael’s works are also the Portraits of the Dukes of Urbino Elisabetta Gonzaga and Guidobaldo da Montefeltro, and the Portrait of Leo X with the cardinals Giulio de’ Medici and Luigi de’ Rossi. Michelangelo Merisi da Caravaggio has among his works the spectacular Medusa, the Bacchus, and the Sacrifice of Isaac. Piero della Francesca is present with the Diptych of portraits of the Dukes of Urbino.

Among the ancient statues the famous Greek statue of the Venus of the Medici of the first century BC. Taken and brought to France by Napoleon, it was returned to Florence in 1815.

2014-12-11
Marco Ramerini
Previous: The farmhouses in Tuscany: in contact with nature
Next: Loro Ciuffenna: a suggestive medieval village

This post is also available in: Français Español Italiano The frescoes of the Legend of ...