Home / Archeology / Vetulonia: one of the most important Etruscan cities 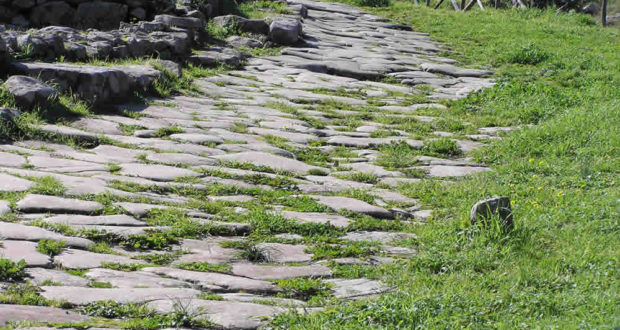 Vetulonia is today a small medieval village located a few kilometers from Castiglione della Pescaia. This small center of the Maremma, in Etruscan times, was one of the most important cities of Etruria.

Located in the valley of the Bruna River in the immediate vicinity of what in the Etruscan era was Lake Prile. Vetulonia became an important Etruscan center thanks to the presence of rich mines. The city at that time controlled a territory that extended on the Metalliferous Hills up to the Accesa lake.

AN IMPORTANT ETRUSCAN CITY WHOSE TRACES WERE LOST

Vetulonia is mentioned in the historical text of Dionysius of Halicarnassus (1st century BC) and in the poem of Silio Italico (1st century AD). It seems that originally two settlements existed, which were united around the seventh century BC. The archaeological remains of that period are represented by objects found in monumental tombs that testify to the splendor of Vetulonia.

Later around the sixth century BC, the city was unable to maintain control over the mines of the Metalliferous Hills. From this period Vetulonia began a long period of decline, which also continued under the Roman Empire, leading to the complete disappearance of the city.

The monumental tombs are located further down, far from the medieval town. The tombs are arranged along the so-called Via dei Sepolcri, and have large tombs such as that of the Pietrera, a tumulus tomb, formed by two overlapping tombs. Another interesting tomb is the one called by Diavolino II.

2020-03-13
Marco Ramerini
Previous: Badia a Passignano: a fortified abbey
Next: Sorano: a medieval village with a mighty fortress